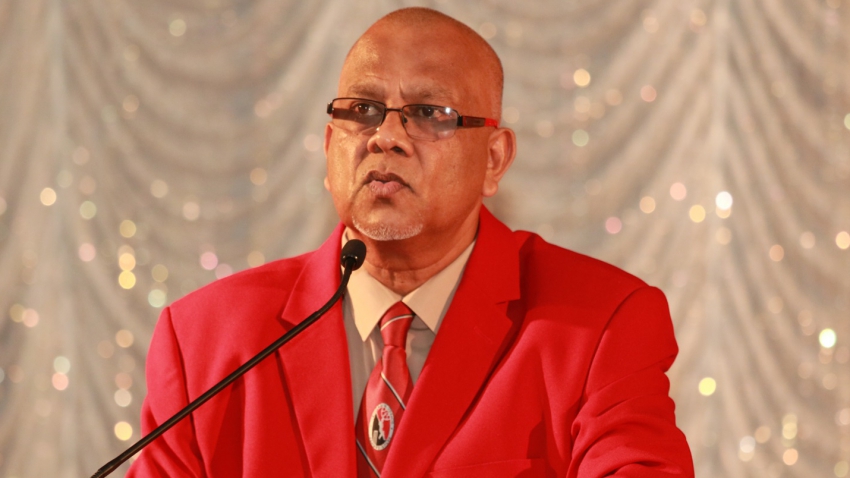 President of the Trinidad and Tobago Cricket Board Azim Bassarath has echoed the concern expressed for the safety of cricket teams on overseas tours.

He said the issue warrants extra attention by the world governing ICC and host nations in the light of Friday’s terrorist attack on two mosques in Christchurch, New Zealand.

Members of the Bangladesh cricket team on tour of New Zealand were about to disembark from their tour bus at one of the mosques when shots rang out and the players had to take cover.

Fortunately, no member of the team was hurt but the remainder of the tour was immediately cancelled by the New Zealand Cricket Board.

Bassarath said that though New Zealand was considered a “safe” country, recent developments had made it necessary for precautions to be taken to ensure the future safety of cricketers on national duty.

“Terrorism is now a global problem and we cannot afford to be complacent. One wonders if anything untoward had happened to the Bangladeshis, the New Zealand Cricket Board would have been held responsible and could have faced sanctions,” said Bassarath.

He said that the Sri Lankan cricketers were fired upon by anti-government militants during a tour of Pakistan in 2009 which resulted in that country being banned from hosting international cricket, a penalty imposed by the ICC which is still in force.

“We cannot afford to have incidents like that happening in the West Indies as it would seriously set us back, so safety and security must be addressed at the highest levels of Cricket West Indies,” said Bassarath.

The local cricket chief who is a T&T  director on the CWI Board said as far as he is aware cricket teams touring the Caribbean are afforded the highest levels of security to and from playing and training venues.

However, he warned that cricket administrators have no room for complacency since violent extremism is not confined to any particular location on the globe and public events are a  prime target.

Bassarath said tragic events in New Zealand struck a personal chord with him since he is also the chairman of Region “D” of ASJA, the country's largest Muslim organisation.

“It was a particularly sad moment for me and indeed the entire local Muslim community to endure this unspeakable horror.

“On behalf of the TTCB and ASJA Region ‘D’ I want to express our deepest condolences to the families who lost their loved ones and wish a speedy recovery to all who were injured by the horrific actions of the terrorist,” said Bassarath.