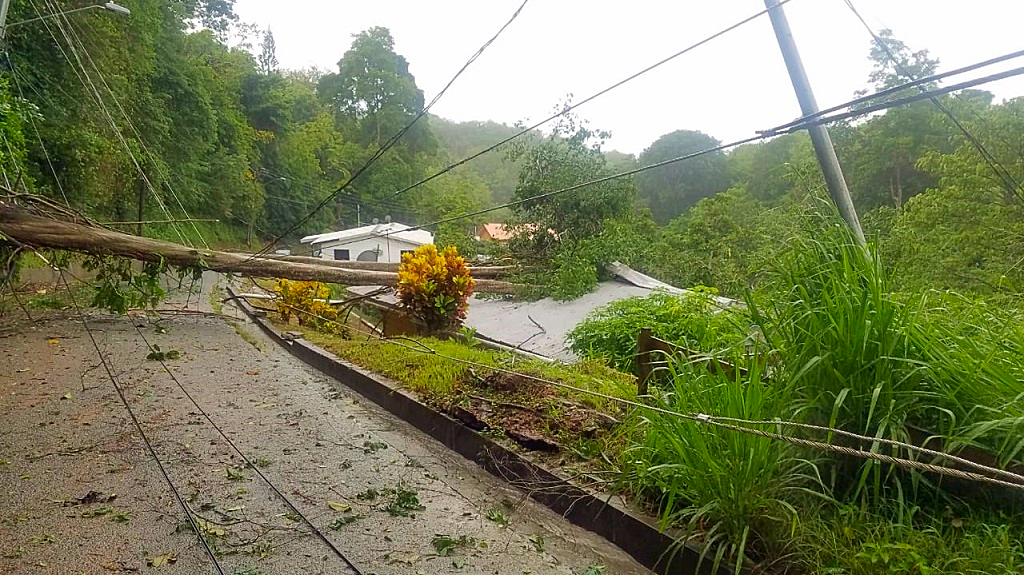 Technicians attached to the Trinidad and Tobago Electricity Commission (T&TEC) have been working tirelessly since Sunday morning to restore power to areas affected by Tropical Storm Karen.

The company said in an early morning update on Monday that electricity has been mostly restored in Trinidad, however works are ongoing in Tobago, as work crews are waiting to be transported there to relieve those who have been working non-stop.

"In Trinidad we have restored supply to customers in most affected areas, with one outstanding report in Toco and another in Blanchisseuse,  which we expect to resolve this morning."

"In Tobago, supply was restored overnight to customers on the northside of the island, up to Castara, and on the windward side ( East) from John Dial to Richmond. Customers who are fed from Studley Park are still off supply as that job requires more effort."

"Crews will have to replace infrastructure on individual poles, which are off the main thoroughfare, and additional equipment and manpower must be added to relieve the workers who have been working non-stop from the previous shifts."

"At this time personnel from Trinidad are waiting on flights to Tobago and some will be on the boat later today with trucks."

The company said it will continue to provide updated during the day as necessary.

Strong winds and torrential rainfall resulted in downed power lines, flooding, fallen trees and other damages throughout both islands, which were both affected by the passage of Tropical Storm Karen.

Parts of Trinidad remained underwater up to Monday morning, and the country remains under a riverine flood alert as of Monday at 10.00 am.

T&TEC ready to assist customers affected by weather in Tobago