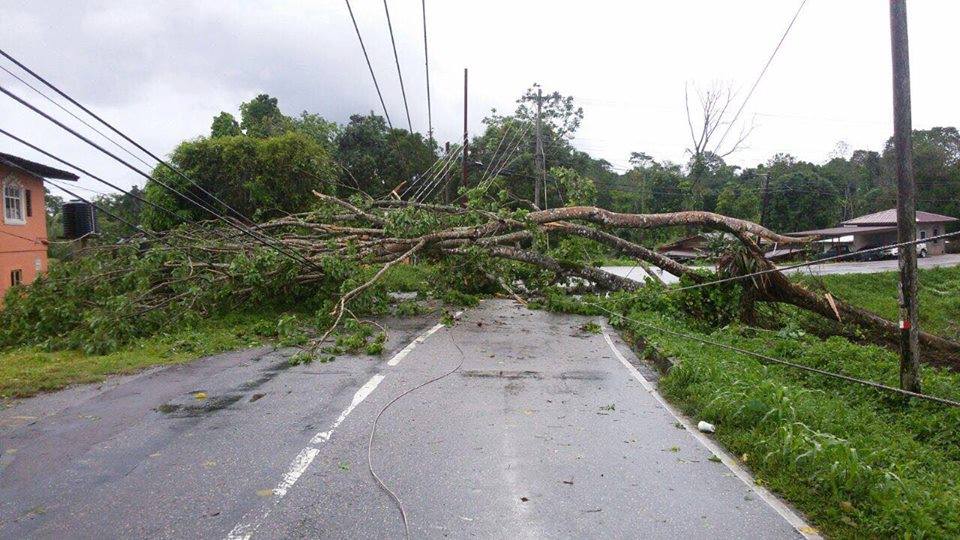 In an update released Thursday, the company said its crews continue to carry out restoration work in affected areas, and are working around the clock to ensure that all customers are back on supply as quickly as possible.

The company said there are approximately twenty-five areas that continue to be without an electricity supply.

Below is a breakdown according to area:

Paramin, Mackay Hill - Belmont, Upper Belmont Valley Road as well as about twenty-five (25) individual customers, who would be attended to on Thursday.

Seven areas are still without an electricity supply – two pockets in Moruga and five in the Penal Area, in addition to some individual customers.

The Eastern Area continues to encounter a number of challenges due to flooding and fallen trees which have affected restoration efforts.  Crews from the Central Area continue to assist with the situation and are working feverishly to have all customers back on supply.

With respect to the Central Area and Tobago there are no areas that are without an electricity supply due to Tropical Storm Bret, the company said.

"The Commission would like to thank its customers for their continued patience and understanding as we make every effort to have all customers back on supply," the release ended.

Following the passage of tropical storm Bret on Monday night, the Authority said it received over 270 reports of damaged lines and electricity poles, which crew have been working to repair since that time.

Government announced Thursday that a $25 million relief grant has been approved, which will be disbursed to those damaged by the storm.