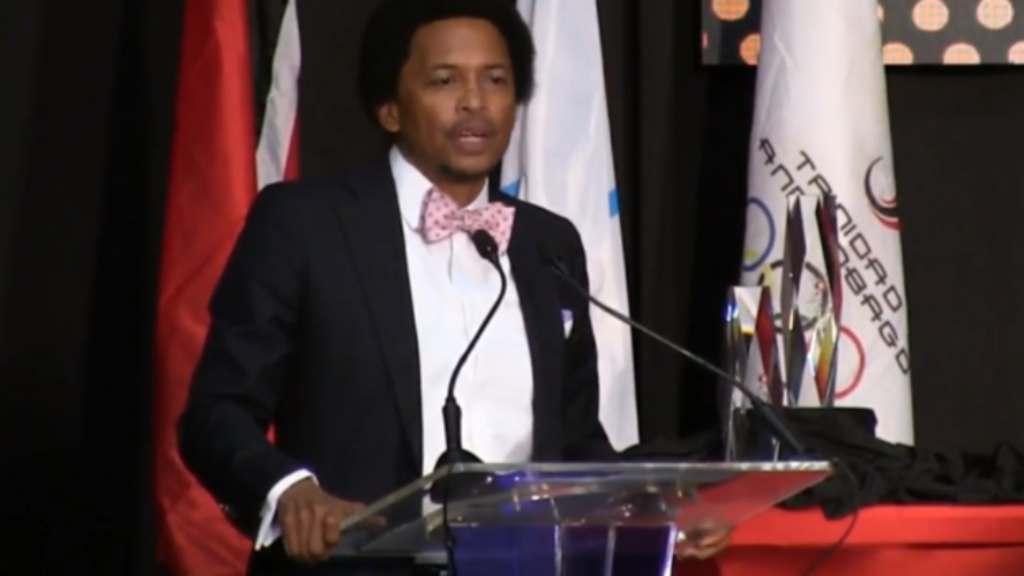 President of the Trinidad and Tobago Olympic Committee (TTOC) Brian Lewis has challenged the local sporting community to replace guns with medals in 2018.

He urged those present at the Awards Gala to use sport to bring about much needed change in the society.

“There is so much more we can do; and when I say we, I mean all of us involved in sport – each of you in this room here this evening. It is about moving from ‘me’, to ‘we’. It is about embracing the fact that through sport, we can make a powerful difference to Trinidad and Tobago.”

The TTOC President used his address to look back on the Committee’s achievements.

He noted that it had to overcome what seemed like insurmountable odds; and in the face of local economic challenges, was able meet its many obligations to Team TTO athletes and various stakeholders.

Lewis further noted that such responsibilities come at an intimidating annual cost of around $10 million, and credited the hard work of his staff and dedicated corporate partners, supporters, athletes, coaches, administrators for the Committee’s ability to deliver.

Among the TTOC’s most notable achievements for 2017 was the launch of the new Future is Female campaign designed to empower girls and women at all level of sport development and participation; and the rolling out of the Next Champion programme which caters to at-risk communities.

Lewis stressed that the TTOC’s work is driven by key pillars including the development of a sustainable sport industry by 2030, and the resolute pursuit of its mission of achieving ten gold medals by 2024 (#10Gold24).

“We were faced with a number of challenges but refused to accept any limit, as we sought to drive a big vision for Team TTO – a vision that was built on an undying love and passion for the society of Trinidad and Tobago.”

In acknowledging the reality that another difficult year lies ahead, Lewis, who is also President of the Caribbean Association of National Olympic Committees noted that passion, conviction, commitment and dedication were among the attributes needed for continued success.

“We believe, not so much in the performance of our people but in their potential. We value the contribution, the commitment and the dedication of our athletes, our coaches, our administrators, our sport ecosystem."

“2018 will present significant challenges but I give you the assurance that working together, we will all contribute in making Trinidad and Tobago a better place. The times are tough.