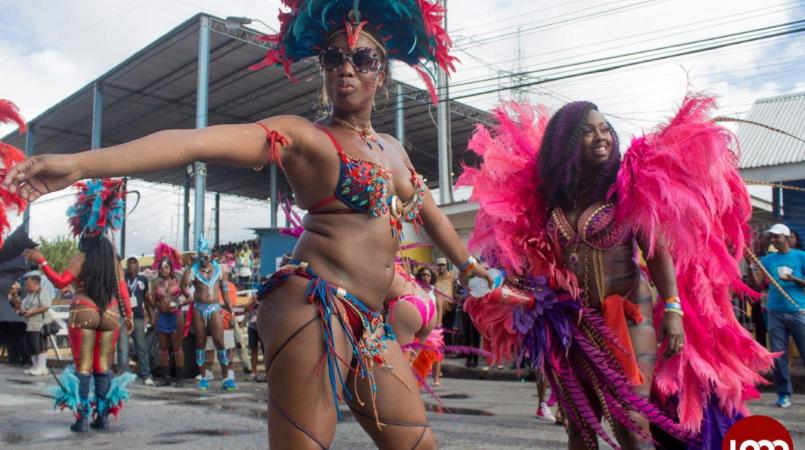 The Trinidad and Tobago Police Service (TTPS) is issuing an advisory to party goers and motorists in general on how to best safeguard their vehicles from possible theft, stating that personal safety and security of oneself and property should always be kept in mind even during Carnival celebrations.

While there were no reports of motor vehicle robberies in 2017, the TTPS is still urging the public to adhere to all necessary precautionary measures and safeguards to protect their property for the Carnival season.

Therefore, they have recommended the following:

1. Owners of motor vehicles with coded keys to electronic systems of the vehicle should be aware that these types of vehicles are targeted for robberies. The keys cannot be duplicated, except by the manufacturer;

2. The TTPS has observed a trend that owners of new model vehicles outfitted with the electronic key have reported that attempts were made to steal their vehicles when parked, but perpetrators were unable to do so because they did not have the keys. As such, these motor vehicles are now being targeted for robberies at gunpoint, and not larceny;

3. In many instances, the perpetrators of this type of crime are armed and dangerous. Their main intention is to get the vehicle by any means necessary, which may include physically harming the victim. As individuals, one cannot totally eliminate the risk of being a victim but one can try to minimize it;

4. Be wary of persons loitering in your surroundings; namely close to residences, driveways and gateways. If unusual activity is observed, drive around the block and return. If you are still suspicious, call the police. At night, be cautious when approaching traffic lights. Incidents of carjacking have occurred in the vicinity of traffic lights, where vehicles are struck from behind and when the driver exits, the vehicle is taken away. Always leave sufficient space between your vehicle and the vehicle in front of you, so that in the case of an emergency you can easily remove yourself from harm’s way;

5. Vehicles have resurfaced as re-registered vehicles, with the Licensing Office bearing different chassis and engine numbers; therefore all necessary and precautionary measures should be adopted to protect your vehicle, for which you have invested significant financial resources to acquire;

6. Persons should always ensure that the security system on their vehicle is installed by a reputable and professional company. It is your right to request any information from the person who owns this business and with whom you are doing the installation. If the company fails or hesitates to provide this information, this behaviour is a cause for concern and raises a red flag;

7. Invest in a reputable security system to prevent your vehicle from theft. Such devices are for example: GPS, Club Lock (a small device that is fitted to the brake pedal), Gas Locks, Alarm System, Kill switches, and Stealth Configuration;

8. Be mindful of the areas where you choose to park your vehicle. Park your vehicle in well-lit areas, and where possible, in the vicinity of CCTV cameras;

9. Be aware of your surroundings and always be alert and vigilant;

10. Do not leave your vehicle unattended with the engine running after exiting for any purpose;

11. Do not leave children unsupervised in your vehicle;

12. They TTPS has observed that persons excited to enter various venues during the Carnival period have left keys in the ignition, headlamps on, windows down and valuables exposed. They are urging persons to desist from this type of practice as it makes for an easy target to persons with criminal intent. Items such as costumes, expensive hats, cell phones and jewellery, attract criminals and present opportunities for crimes to be committed. Expensive jewellery should not be worn during the Carnival season.