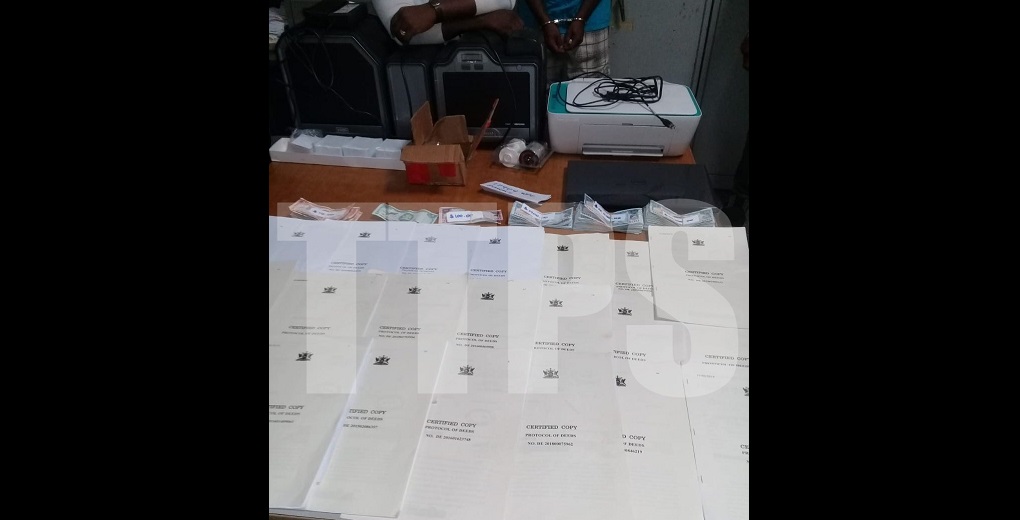 Three men and a Venezuelan woman were arrested on suspicion of committing forgery offences by officers of the Central Division Task Force and Couva Criminal Investigations Department on Thursday.

Police say they entered the 32-year-old suspect's home while responding to a report of an intruder.

The officers reportedly observed three other suspects with a quantity of cash, a number of deeds in various persons’ names for several property addresses and machinery to aid in the printing of said deeds.

They also found machinery to aid in the printing of fraudulent Trinidad and Tobago drivers’ permits, identification cards and passports.

A warrant was obtained and the items were seized and suspects arrested.

Investigations are continuing into the discovery.