TTPS warns ahead of Divali: Fireworks can only be used in some areas 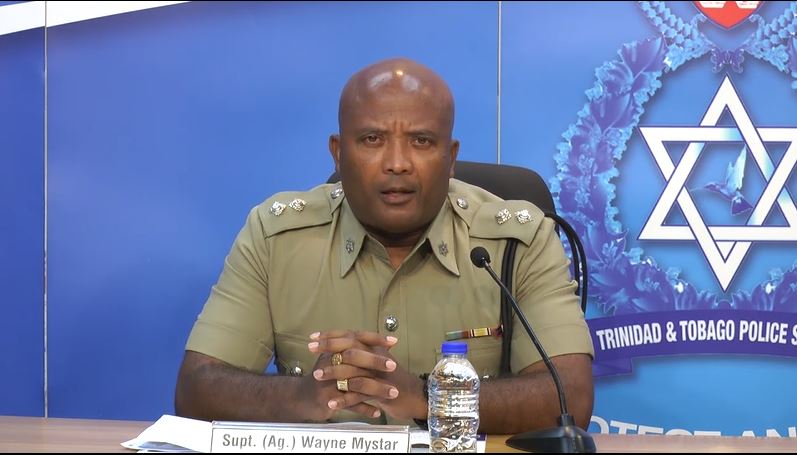 Members of the public - some of whom are preparing for Divali celebrations on October 27, 2019, and Christmas soon after - are once again advised that fireworks are only allowed in certain areas across the country.

This time the reminder comes from acting Superintendent Wayne Mystar who was speaking at the police service weekly media briefing on Wednesday.

He also sought to jog people's memories that all scratch bombs are banned as of last year.

"In 2018, the [National Security] Minister would have made an order and the order prohibits persons from manufacturing, importing, keeping, conveying or selling a scratch bomb. Persons found breaching this order may be liable on indictment to a fine of $20,000 or ten years in prison and also the forfeiture of the items."

The acting superintendent further warned persons licensed to sell fireworks that they will be checked by police to ensure there are no scratch bombs on sale.

Meanwhile, he said fireworks are not allowed in residential areas or towns adding that the perpetrators are liable to a fine.

"Persons who use the fireworks after it has been bought, when you use it in built-up areas, residential areas, that you are causing a significant safety risk. Up to last year, we had seven incidents where homes were burnt as a result of indiscriminate use of the fireworks. So we're asking persons as a safety concern that if you have to engage in using your fireworks it must be done in a confined area and open area where there is no, the ability to cause any safety concerns with electrical wires, homes and so on."

According to the acting Superintendent, the TTPS has noted the concerns of people who take care of the elderly and animal rights activists as it relates to these explosions.

However, no advice or statements have been given in that regard.

Ahead of major celebrations and holidays, the TTPS usually provides safety tips and advice on the use of fireworks. Equally, various NGOs complain and call for its ban.