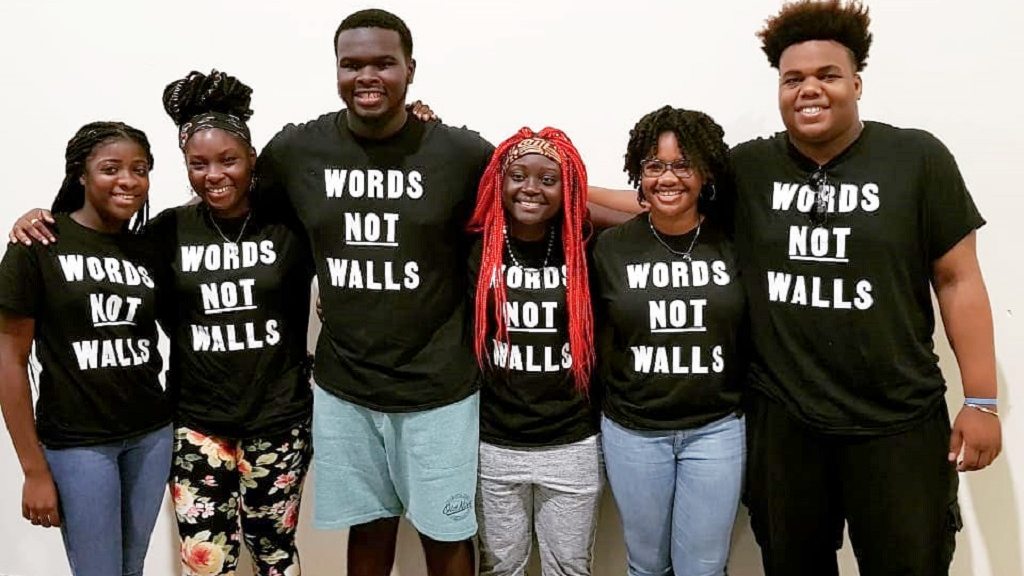 In yet another first for Trinidad and Tobago, the Kalenda Poets have made history by placing second at the international 2018Brave New Voices International Youth Poetry Slam Festival in Houston, USA.

Sponsored by the The Oral Tradition Roots Foundation and Smart Aleks Education Ltd., T&T's team is the second ever international team to have made it to the finals.

Coach Brendon O'Brian said the feat is a phenomenal one and heralds great possibilities for the team.

"It's a groundbreaking moment in spoken word...we are so new and our stories are so fresh it's great that they were received so well. It's a great time for spoken word because it's not the only finals we've been to this year," he said.

The festival began on Wednesday 18 July, at the University of Houston with an opening invocation and performances featuring talented and inspiring artists.

O'Brian said this shows the immense wealth of creativity and talent that Trinidad and Tobago possesses.

"It's not just about slam and poetry, it's about continually expanding the art form and to give that ability to speak truth to power for people who need it the most locally. The ROOTS foundation is an organisation that has been working for years to support young people, not just to practice the spoken word but to use those talents to help communities affected by crime and other social issues."

View a clip of the team's performance here:

Following the Opening Ceremony at the Cullen Performing Arts Centre, Jeremy Joseph was one of five poets who won the Coal + Ice competition earning him $1500.00USD and an opportunity to perform at the annual internationally renowned “Coal + Ice documentary and photo exhibition and festival of events” at the Fort Mason Center for the Arts and Culture in San Francisco in September, 2018.

Sharifa Selman was a finalist at the MC Olympics which took place on Friday 20 July at the Dudly Hall. The MC Olympics is a HipHop competition whereby poets freestyle on the spot, similar to our Extempo competition.

Atlanta won that competition with Sharifa earning a standing ovation for her “Trini-flavoured” HipHop performance. On Thursday 19 July, Smart Aleks Education Ltd. led by Brendon O’Brien and Keir Roopnarine facilitated a workshop entitled “The Midnight Robber in You”.

Trinidad and Tobago continues to be the only team represented from the Caribbean, having participated in 2008, 2016 and 2017.

This achievement in 2018 is for those pioneering youth who took the “Brave” step in 2008 and laid that foundation for those unsung “New Voices” of talented “Youth” who are now willing to “Speak” at Brave New Voices, hosted by Youth Speaks.

The Trinbago BNV Team is also expected to engage in local, regional and international tours later this year and at the beginning of 2019.