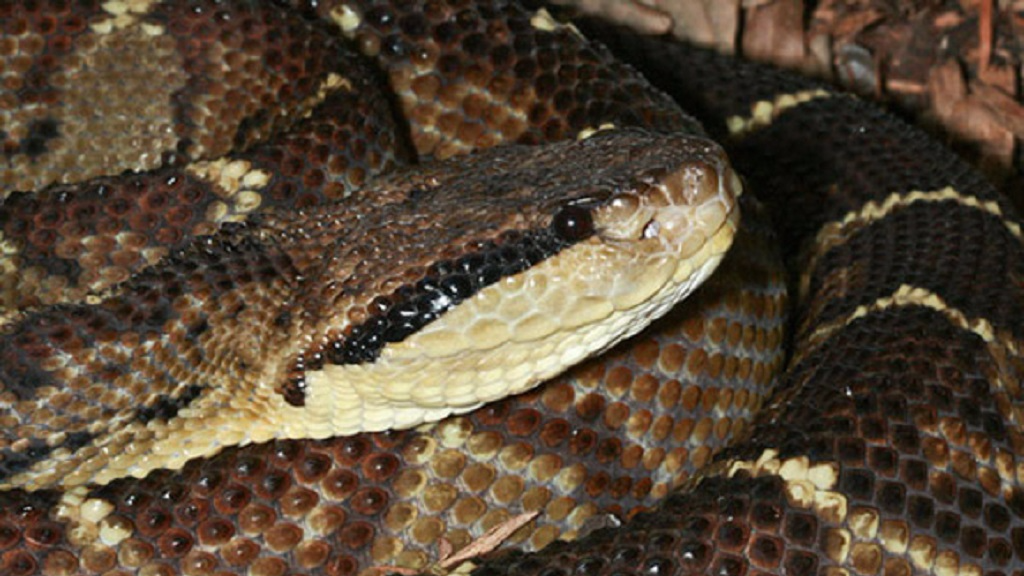 One of Trinidad and Tobago's most notorious venomous snakes, known as the 'mapepire zanana', was featured on National Geographic's social media channel earlier this week.

The nature channel shared a video to social media on Wednesday showing the beautiful yet deadly 'bushmaster', as the snake is also known, is so venomous that, if bitten, a human has an approximate survival chance of 25 percent.

See the video below:

Bushmasters hunt at night and have heat-sensing pits on each side of their head midway between the nostril and eye, which helps them to locate warm-blooded prey.

National Geographic says the bushmaster has a bite so venomous that humans only have a 25% chance of surviving one.

The Asa Wright Nature Centre advises however that of all the bites by venomous snakes, particularly pit vipers, 25-50 percent do not inject any venom, and the mortality rate is internationally less than one percent for venomous snake bites that are promptly treated, and is quite low in Trinidad and Tobago.

The Centre acknowledges however that venomous snakebites that are not treated by a physician with the proper antivenom may have a much higher mortality rate. It is best to get medical help and avoid local folk remedies.

According to a report by the University of the West Indies, the mapepire zanana/bushmaster or Lachesis muta is a pit viper and is one of four main species of venomous snakes to be found in the wild.

The bushmaster is the longest of all viperids. Adults are usually well over 250 cm and weigh three to five kilogrammmes, with some of the longest measuring approximately 350 cm.

The snake can be found in primary forests, often living near large buttressed trees or adjacent to fallen trees and occasionally found in secondary forested areas recently cleared or adjacent to virgin forest. The snake is most commonly found on high, well-drained ground with deep ravines.

Monkey passes out for 10 hours from overdose after stealing coffee