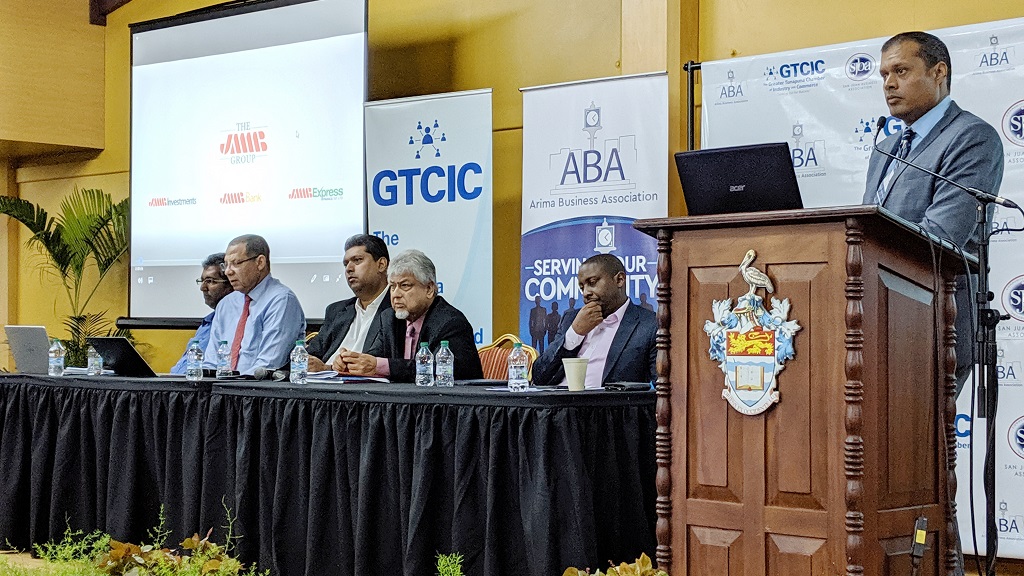 Trinidad and Tobago is on a list of countries with the lowest rate of growth of its Gross Domestic Product (GDP), and things will worsen if something isn’t done now, says economist Dr Roger Hosein.

The country’s 2018 estimate for real GDP growth was revised down from 1.9 percent to -0.2 percent according to the Central Statistical Office (CSO), included in the Review of the Economy from the Ministry of Finance.

Dr Hosein and others were speaking at a post-Budget session at the University of the West Indies hosted by the Greater Tunapuna Chamber of Industry and Commerce, the San Juan Business Chamber, and Arima Business Chamber to discuss measures proposed by Finance Minister Colm Imbert in Monday’s national budget presentation. 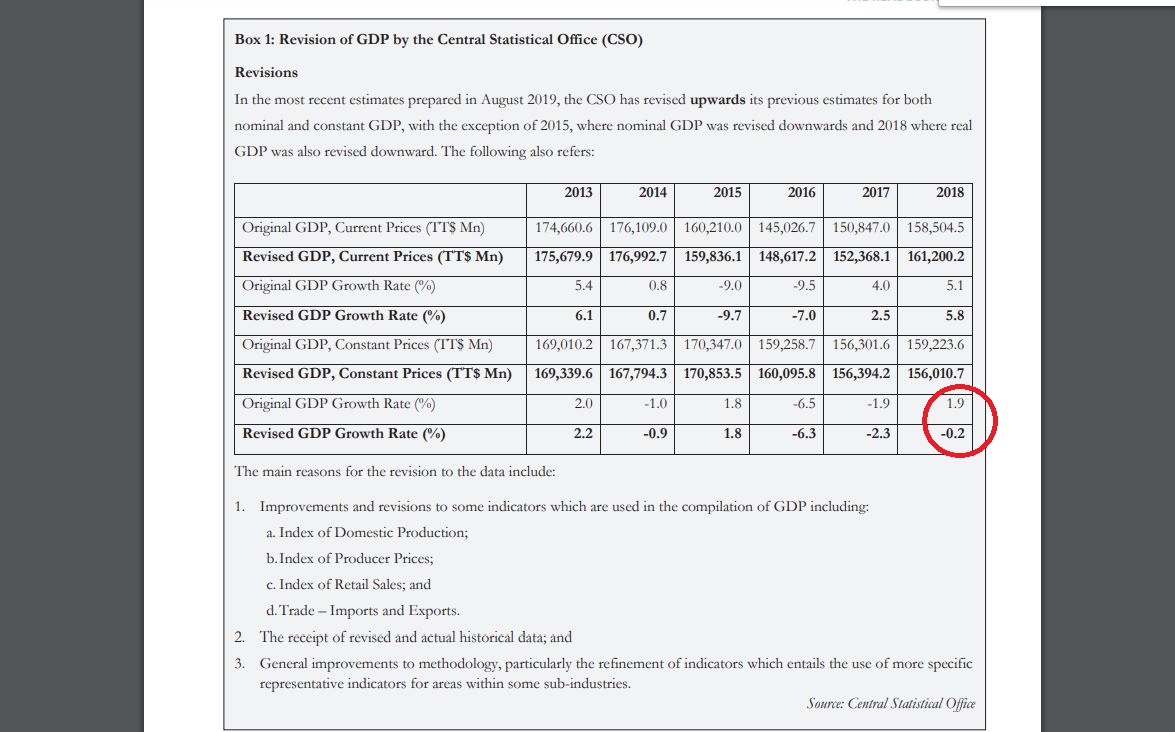 Dr Hosein looked at the decline in the country’s Gross Domestic Product (GDP) growth, saying it ‘broke his spirit’.

“Up until this point I was comfortable with the economy…I would say I think things are going reasonably enough. When I saw 1.9 percent announced in the mid-term review for 2018 I felt a turnaround, I felt good.

“Even though we switched petrochemicals and now placed it under manufacturing…it still looked good. But as the year progressed and I saw the trends in oil and gas prices, I wondered where this 1.9 percent came from. Then we saw in the Review of the Economy later in 2018 that the 1.9 percent was maintained. And then it was maintained in the economic bulletin in July 2019, so a lot of commentators became concerned, why are we maintaining this number?”

“Then we saw the Review of the Economy that came out this week and we saw (the revised growth rate of -0.2 percent), and that broke my spirit. It means that this economy is now in a very different position from where I thought.

“For you to move from 1.9 percent to -0.2 percent you have to go backwards. 2.1 percent backwards is a significant movement,” he said.

“I think we have some confusion…this worst-ranked countries in terms of real GDP growth is not one we want to come in the top 20 consistently… there is an error somewhere in policy-making circles that we need to change, this is a race we want to come last in,” he said.

"I was very disappointed...for the economy to move from 1.9 to -0.2 means the amount of groundwork we have to do to come back to square one, we have to work harder, longer to get back to where we were."

'We now need to now, more than ever, to get up and stand up as a people and work together to increase economic activity for Trinidad and Tobago," he said.

The Finance Ministry said the revision to -0.2 percent was “a significant improvement following the contraction of 6.3 percent in 2016 and the 2.3 percent decline which followed in 2017 and confirms the stabilisation of the economy during 2018”.

“The flat growth in calendar 2018 was driven primarily by a surprising and unexpected decline in the production of condensate, notwithstanding the overall increase in the production of natural gas in that year and the cessation of refinery operations in the last quarter of 2018. These two factors outweighed a return to growth in the Non-Energy Sector in 2018,” the Ministry said.

What is Real GDP?

Real gross domestic product (GDP) is an inflation-adjusted measure that reflects the value of all goods and services produced by an economy in a given year, expressed in base-year prices, and is often referred to as "constant-price," "inflation-corrected" GDP or "constant dollar GDP."

Unlike nominal GDP, real GDP can account for changes in price level and provide a more accurate figure of economic growth.

Real gross domestic product is a macroeconomic assessment that measures the value of the goods and services produced by an economic entity in a specific period, adjusted for inflation.

GDP is derived by valuing all production by an economy using a specific year's average prices.

Governments use GDP as a comparison tool to analyze an economy's purchasing power and growth over time. This is done by looking at the economic output of two periods and valuing each period with the same average prices and comparing the two together.

Nominal GDP is a macroeconomic assessment that includes current prices in its measure. The main difference between nominal GDP and real GDP is the adjustment for prices from year to year.

Since nominal GDP is calculated using prices in that year and does not account for inflation, it can make comparisons from one year to another less useful.

Because GDP is measured in the monetary value of goods and services produced, it is subject to change if prices change.

Because of this, it is difficult to tell just from nominal GDP whether production is actually expanding in the economy. Adjusting for price changes can resolve this.