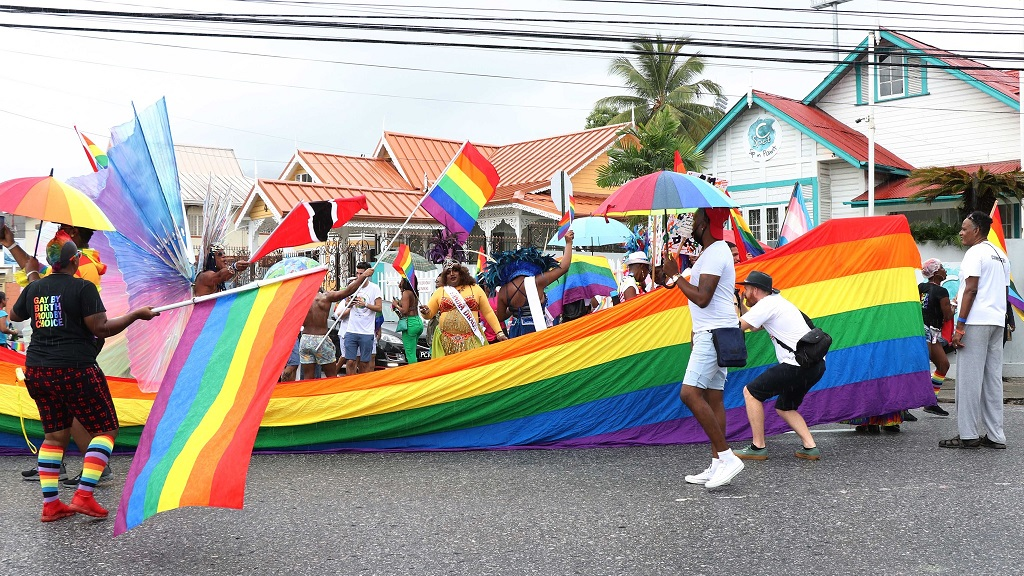 Speaking to LoopTT, Hanamji said that this shows that more people from the LGBTQIA community, and their allies, feel safe enough to come out and let their voices be heard.

He said he was overwhelmed with the response to Sunday's parade, which started and ended at Nelson Mandela Park, following a route along Tragarete Road, Port of Spain.

“I am genuinely overwhelmed and further inspired by what I saw yesterday. Even with the inclement weather we were more than double our numbers compared to last year,” he said.

Hanamji noted that there were more members of the LGBTQIA community, especially trans people, who were part of the focus of this year’s theme of ‘Equity and Equality for All’.

(Photos via the High Commission of Canada to Trinidad and Tobago/Facebook.)

“In particular, the cross-section of our community was even more diverse; we saw people with their children, people with their parents, we saw many more people from vulnerable sections of the society such as the trans community as well as others from lower socio-economic backgrounds, so this overall theme of equity and equality for all was realised,” he said.

Hanamji also praised the efficiency and professionalism of police officers who protected the group as they made their way along the parade route.

Hanamji said the people are eager to see more events at the next parade.

“Everyone had an amazing day, they want more activities,” he said.

The group also held a moment of silence for members of the LGTB+ community who passed away, including cultural icon Raymond Choo Kong, who was murdered at his Arima home earlier this month.

Choo Kong attended the first Pride Parade in 2018 and Hanamji said while there was sadness, he was happy to know that Choo Kong was able to see the first festival.

“For many of us it’s bittersweet because while we are here to mark these achievements, we do mourn those who were not with us.”

The group also remembered other LGBT+ members such as Gregory Singh, Roger Jackson and trans advocate Sasha Fierce who was killed at Mandela Park in December 2017.

“They are always with us, we continue to work to remember the contributions they made and keep their legacy alive,” he said.

Hanamji said the community will continue to move forward to achieve their theme of equity and equality for all.