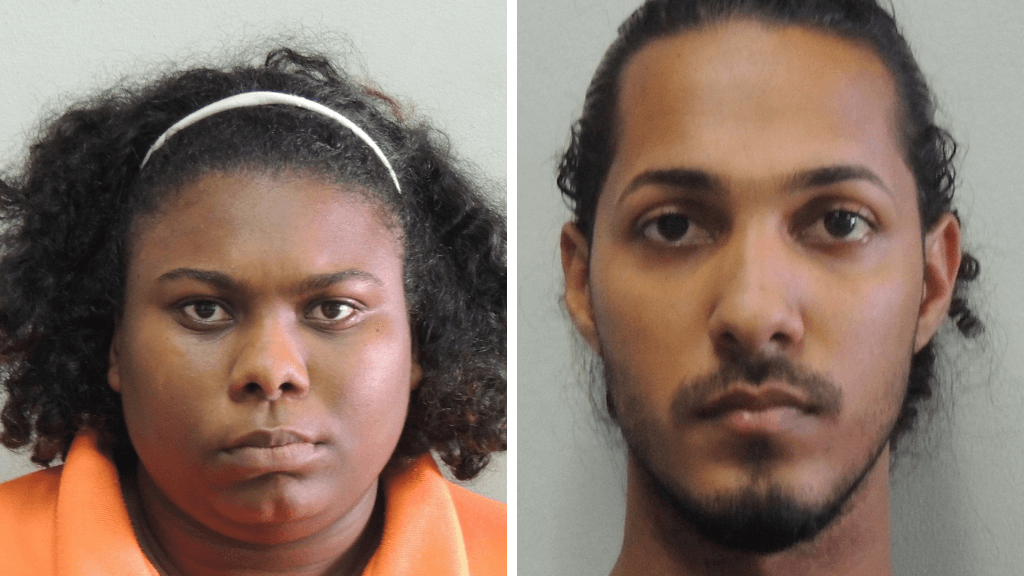 Fraudsters: At left, Tiffany Batson-Joseph, and at right, Troy Mohammed have been charged with conspiracy to defraud Republic Bank Limited.

Two sales clerks from a Tunapuna clothing store have been charged with conspiracy to defraud Republic Bank Limited of sums totaling $113,516.35, between November and December 2018.

Troy Mohammed, 26, of St. Augustine and Tiffany Batson-Joseph, 29, of San Juan were expected to appear before a Port of Spain Magistrate today, jointly charged with the offence.

The store clerks were arrested and charged with the offence, following an investigation into a report of alleged card skimming at a clothing store, located along the Eastern Main Road, Tunapuna.

The accused, who were employed as sales clerks at the store, are alleged to have operated a Point of Sale card skimming machine, which captured customers’ card data and PIN numbers, between the period November 2018 and December 2018.

Republic Bank Limited made a report to the Fraud Squad on December 31, 2018, following reports of suspicious activities in victims’ accounts.

An investigation was launched by the Fraud Squad’s ABM Task Force, under the supervision of Snr. Supt. (Ag.) Greenidge and spearheaded by W/Insp (Ag.) Cudjoe.

The investigations resulted in the accused being arrested at their place of work last Friday.

The accused were charged by Cpl (Ag.) Ronald Mohammed, attached to the ABM Task Force, on Tuesday.