Two arrested for robbing honey vendor with sale of fake US $ 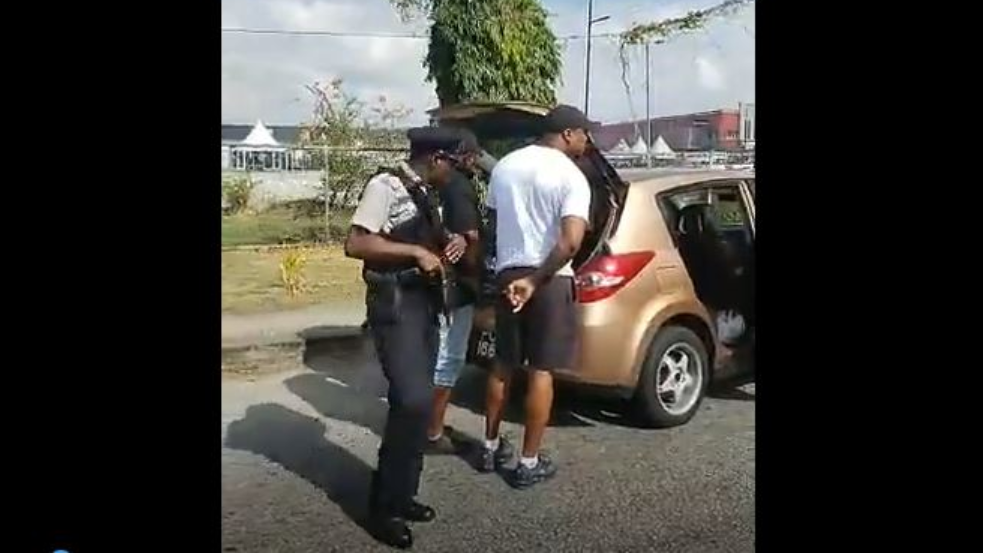 A dash for freedom was short-lived for one man who was among two arrested by police for fraud related activities with the use of counterfeit US dollars.

Businessman Inshan Ishmael went live on Facebook as the incident unfolded on Thursday.

According to Ishmael, a honey vendor was duped TT$2500 after he purchased US currency from the two men.

The victim recognized that the money was fake and visited Ishmael at his business place in tears. Vowing to help, Ishmael contacted police and along with staff, a sting operation was set up for the men to return to sell US$6000.

Officers intercepted the vehicle the men were travelling in along Narsaloo Ramaya Road, Endeavour, Chaguanas.

However, one of the suspects attempted to run, jumping over a drain as he was chased by police.

The second suspect was held in a citizen’s arrest by Ishmael and a man he referred to as "Assim" in a move that was synonymous to the US reality television show known as Bounty Hunters.

Speaking with Loop TT following the incident, Police Commissioner Gary Griffith confirmed that two men were held after officers refceived information about fraudulent activities but would not provide further details as he said the matter was an ongoing investigation.

Meanwhile, when contacted by Loop TT, Ishmael expressed sorrow for small businessmen who struggle to deal with individuals seeking to con them out of their hard earned money.

“We big business owners will barely feel it but for the small owners and them, that is some of their entire day’s work. I feel sorry for them.”