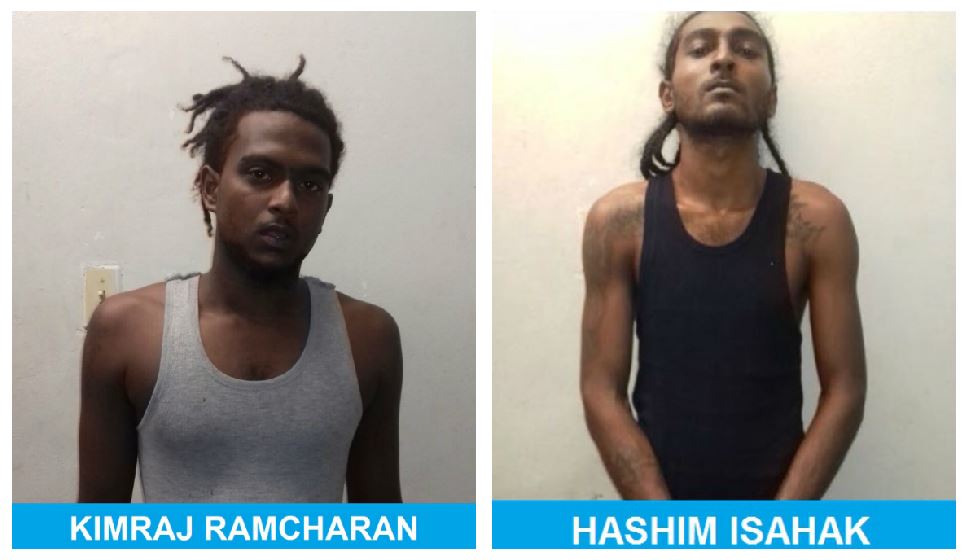 Two men appeared before a Rio Claro Magistrate today in connection with the murder of a man, whose charred remains were found along Pato Trace, Biche, on December 8, 2017.

Regan Ramdhan, 31, a businessman, of Shivan Drive, Sangre Chiquito, was reported missing to police on Sunday 3 December, 2017, after he was last seen leaving his home on Saturday 2 December in his Toyota Hilux vehicle. The van was found crashed into a wall in Mayaro, on Sunday 3 December while the victim’s burnt remains were subsequently discovered at Pato Trace, Biche, on Friday 8 December.

Related article :Have you seen Reagan?

Post-mortem results attributed the cause of death to blunt force trauma. The victim was allegedly killed following a dispute over money.

Ramcharan and Isahak, were charged by PC Colin Gillard, of Homicide Bureau of Investigations, Region 2, on Friday 15 December, 2017.