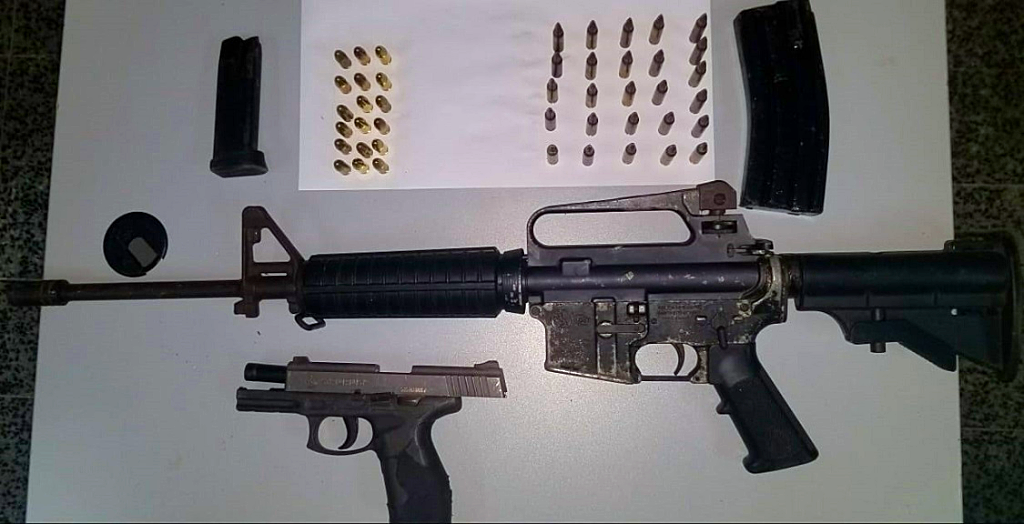 The two men who were held with firearms in Cocorite last week - including an AR-15 rifle – have appeared before a Port of Spain Magistrate.

Davey Williams, 27, of Waterhole Road, Cocorite, appeared in connection with the seizure of a Colt AR-15 rifle which was outfitted with a magazine that contained 26 rounds of 5.56mm ammunition.

The charge against Williams AKA “Bats” was laid indictably and he was not called upon to enter a plea.

PC Roberts was the complainant (charging officer) in that matter.

The case was adjourned to July 25.

The other accused, Nathaniel Villafana, 19, was charged for possession of a 9mm pistol which was outfitted with 18 rounds of 9mm ammunition.

Villafana AKA “Cock-teeth” from Waterhole road, Cocorite, was granted bail in the sum of $200,000.

His matter was also adjourned to July 25.

WPC Primus is the complainant in this matter.

Both suspects were held last Wednesday in Cocorite by officers of the Western Division Task Force.

Man with 17 matters before court held with rifle ammunition