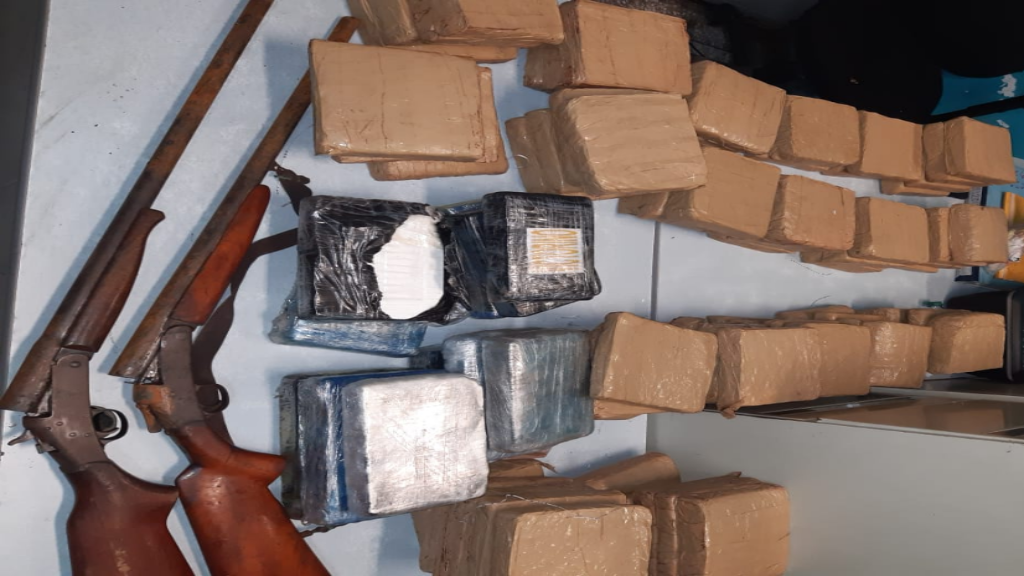 The two men who were held with shotguns, and 50 kilogrammes of cocaine and marijuana, have appeared before a Sangre Grande Magistrate.

The two accused men were represented by attorney Ian Brooks.

PC Navarro was the complainant (charging officer) in this matter.

The charges against the two men were laid indictably.

Brooks made a formal application for disclosure, including the physical items claimed to have been seized, as well as utterances, oral or otherwise, made against his clients.

After further submissions, the matter was adjourned to Wednesday for a background tracing to be presented to the courts so that bail could be deliberated.

The two men were held during a police exercise on January 16 along the Toco Main Road.

Officers of the Eastern Division, under the supervision of Snr. Supt. Dominique, conducted a road exercise along the Toco Main Road that evening, during which they had cause to stop and search a silver Nissan X

The search resulted in officers finding two shotguns along with four 12 gauge cartridges.

The two occupants of the car were arrested in connection with the finds.