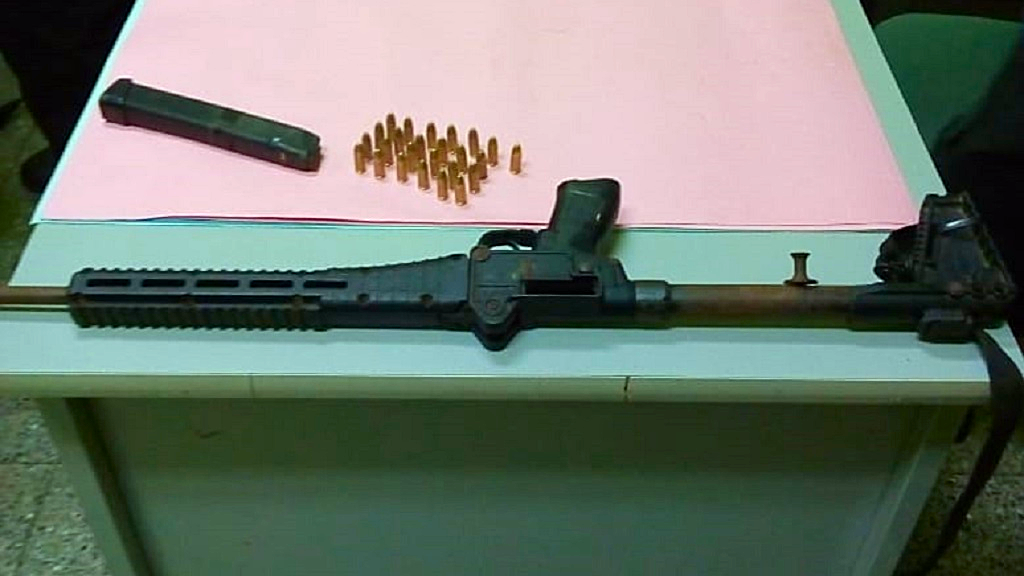 Ballistic testing has been scheduled to be conducted on a sub-machine gun which was seized in Carapo on Monday.

This is because the weapon seized is suspected to have been used in several recent reports of shootings in the district – some of which have resulted in the loss of life.

The weapon – a Kel-Tec sub-machine gun loaded with 24 rounds of live ammunition – was found on Monday afternoon.

The weapon had been buried in an attempt to keep it away from prying eyes.

According to police reports, officers of the La Horquetta Crime Patrol Unit and the Canine Unit, received vital intelligence which led them to the home of a man and a woman along Rose Drive, Carapo Monday afternoon.

The home was searched, however, nothing illegal was found.

The officers then made their way to the yard of the house where they observed that a layer of dirt appeared to have been disturbed.

The officers dug in the area near the dirt, and wrapped in a bag, they found and seized the firearm and ammunition.

As a result of the find, both persons who were at home at the time were immediately arrested.

They are to be questioned, following which, they will be charged and brought before an Arima Magistrate.

The exercise was conducted under the supervision of Snr Sup Brandon John, with assistance of Insp Boodoo, Sgt Caldon, Cpl Wellington, Cpl Jackman, and several others.