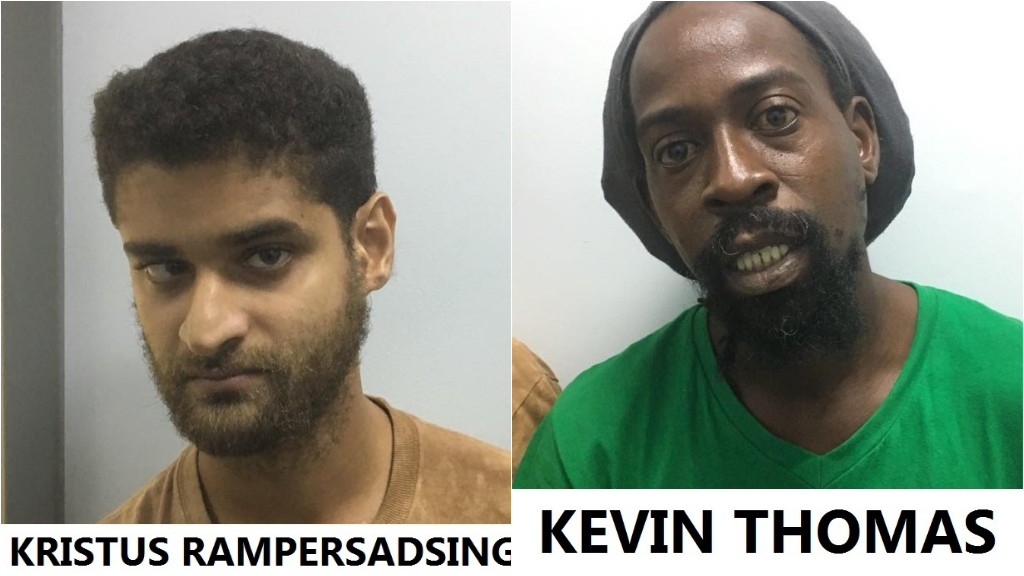 Two men were due to appear before a Port of Spain Magistrate on Monday charged with possession of marijuana for the purpose of trafficking.

According to a statement issued by the Trinidad and Tobago Police Service (TTPS), Kristus Rampersadsingh, 32, a loans officer, of California, Chaguanas, and Kevin Thomas, 38, a labourer, of McShine Lane, Belmont, were arrested and charged by officers of the Port of Spain Task Force, who were on mobile patrol in the Sea Lots, Port of Spain district, Sunday May 27, 2018.

While on patrol around 7:15 pm, officers had cause to stop and search a silver Nissan Navara motor vehicle being driven by Rampersadsingh. The search resulted in officers discovering 3.2 kilogrammes of marijuana hidden in a front passenger seat.

The men were subsequently conveyed to the Besson Street Police Station and charged by PC Richard Lashley, of the Port of Spain Task Force.