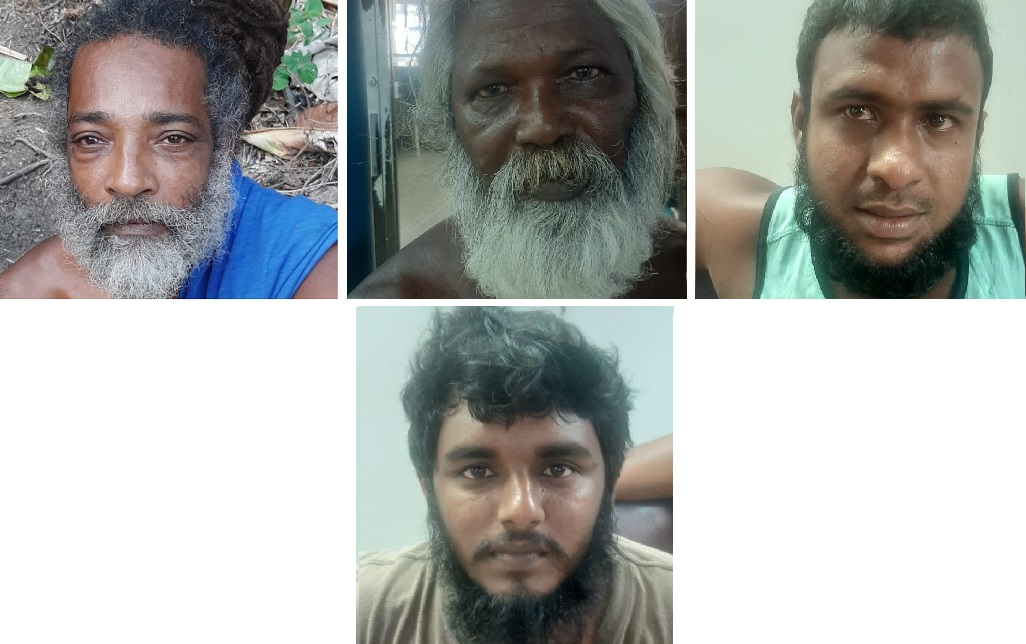 Police have destroyed 800 marijuana trees and arrested four people during an anti-crime exercise conducted in the Rio Claro district between 10.30 am and 3.30 pm on Monday.

According to reports, officers proceeded to a camp 50 feet off the Old Rio Claro Mayaro Road, Union Village where two men identified as 63-year-old Kishore Sampath and 53-year-old Michael Ali were seen cultivating a marijuana field.

The men were seen watering the growing plants. Ali was in possession of a homemade shotgun and six rounds of 12 gauge cartridges.

They were both arrested and jointly charged for cultivating marijuana and Ali was charged with possession of firearm and ammunition. The trees were uprooted and destroyed.

On the same day, officers went to the home of Danny Persad at Navet Village, Rio Claro, and found him holding a Maverick Mossberg pump-action shotgun. Raffi Baksh who lives at the same address was seen with a screwdriver assembling a gun butt. With an additional search conducted, one 12 gauge cartridge was found in the shotgun.

Both men were arrested and jointly charged for the offences of possession of a firearm and ammunition.