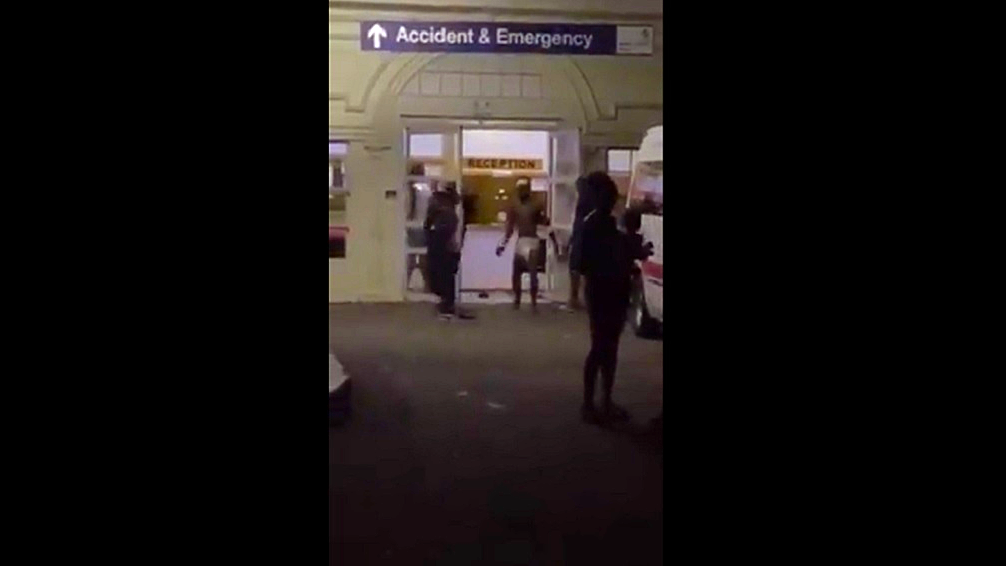 Two relatives are currently in police custody following a massive brawl among family members on Tuesday night at the St James District Hospital.

The two relatives – said to be cousins from La Puerta, Diego Martin – visited the hospital at about 7.20 pm on Tuesday in the company of other relatives.

It was said that one of the relatives was seeking treatment for chop wounds he had sustained earlier in a brawl.

The wounds, LoopTT was told, were to his head and left arm.

However, it appeared as the fight continued while at the hospital.

Four other relatives – including a man who was clad in an adult diaper – got involved in the brawl.

Part of the incident was even recorded by persons at the hospital and uploaded to social media.

The police were notified and when they arrived, the fight had already ended.

However, two relatives involved in the fight were identified and the two men were detained and questioned.