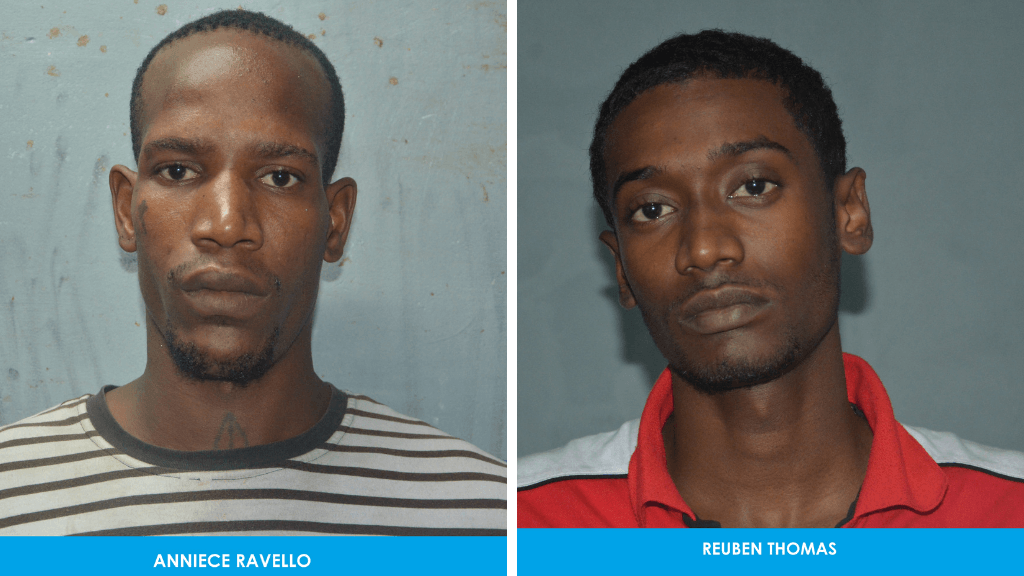 Reuben Thomas, 20, of Esperance Village and Anniece Ravello, 28, of Ste Madeleine, were charged with rape, kidnapping, and sexual assault, against two female victims, which occurred on December 29, 2018. Photos courtesy The Trinidad and Tobago Police Service (TTPS).

Another two men have been charged and are expected to be brought before the courts in connection with the kidnapping and rape of two women three weeks ago.

Reuben Thomas, 20, of Esperance Village and Anniece Ravello, 28, of Ste Madeleine, were charged with rape, kidnapping, and sexual assault, against two female victims, which occurred on December 29, 2018.

They are expected to appear in the San Fernando 1st Magistrates’ Court today.

The victims told police they boarded a white Nissan Tiida with 3 male occupants around 3:45 am on December in the San Fernando district and asked to be taken to Fyzabad.

The women were allegedly taken to Diamond Village, where a fourth man armed with a gun ordered them out of the vehicle.

The women were assaulted and robbed of quantities of cash, jewellery, and a cellular phone.

They were then forced back into the vehicle which proceeded to Debe, where they were assaulted for a second time before being dropped off in the Penal district. The men then drove away.

Two other accused: Joshua Williams, 31, and Jerod Boysie, aka “Raymond Abdool”, 20, both of Diamond Village, San Fernando, appeared before the courts last Wednesday to answer to the same charges.