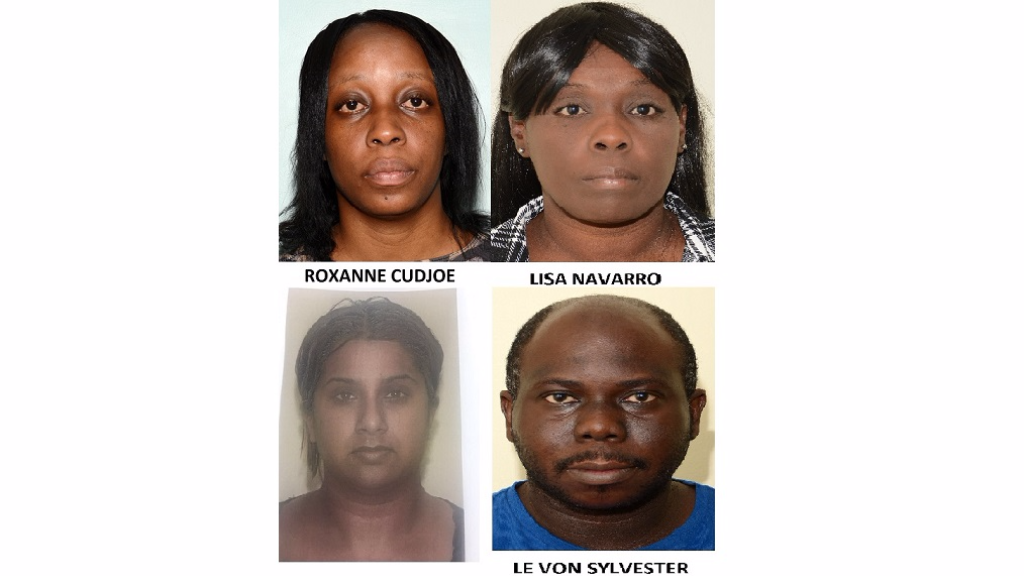 Two police officers are among four persons charged with the escape of 35-year-old Vicky Nirupa Boodram from the Women's Prison at Golden Grove, Arouca on November 27.

Constables LeVon Sylvester and Lisa Navarro are charged with misbehaviour in public office. The officers are also jointly charged alongside Boodram with fraudulently aiding the procurement of the prisoner who was remanded into custody at the Golden Grove Prison, contrary to common law.

Roxanne Cudjoe, the fourth person involved, was charged with harbouring a prisoner.

Appearing before a Port-of-Spain Magistrate on Tuesday, Constables Sylvester and Navarro were each granted $300,000 bail while Boodram and Cudjoe were both denied bail.

Cudjoe will face a Siparia Magistrate tomorrow while the other three will appear before an Arima Magistrate on December 13.

The Professional Standards Bureau laid the charges earlier today after advice was received from the Director of Public Prosecutions.

Prior to her escape, Boodram was on remand since March 2016 having been denied bail on 175 fraud-related charges. She was recaptured in Penal on November 30.

UPDATED: Vicky was hiding out in Penal