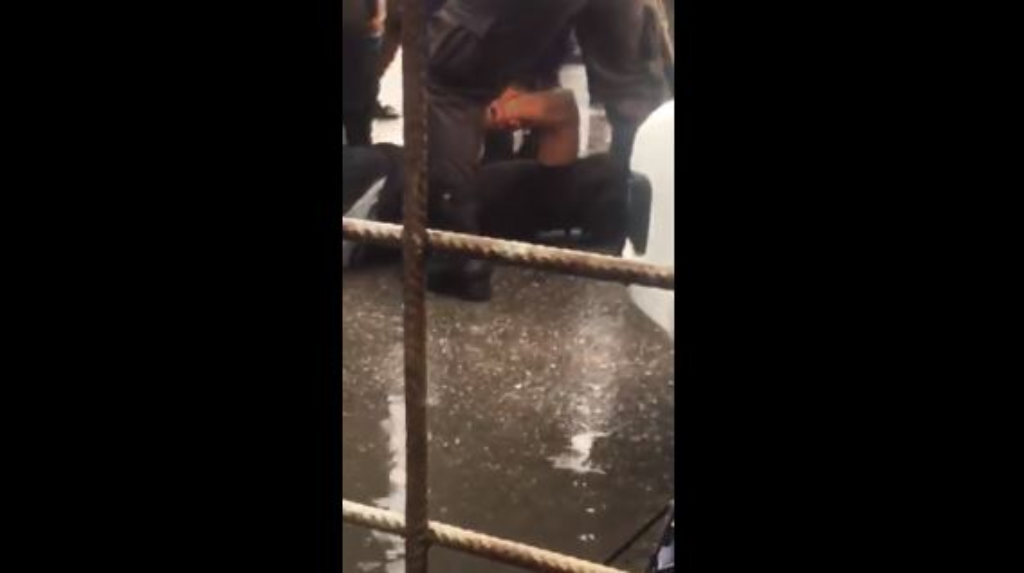 Things got heated outside the University of the West Indies St Augustine Campus on Wednesday when two students were arrested by police during protest action.

The UWI Student Guild has since criticised police for the “forceful” way it treated with innocent students who were protesting safety issues at the school.

“It wasn’t to be ended on such levels but the police came and they were quite forceful in their actions and that is what led to the arrest of the students. So the protest is in no way responsible for the arrests of the students, it’s the way in which the situation was handled by the police service,” said Guild PRO Devon Harris.

A lawyer has been contacted by the Guild to represent the detained students.

On Thursday, UWI students held a Town Hall Meeting on safety issues after reports that a female student was robbed and almost raped earlier this week. The University has since confirmed robbery reports but has denied receiving any report regarding an attempted sexual assault.

The undergrads were reportedly frustrated with the inaction of the school's administration during the forum and decided to block the South Gate at the campus and prevent vehicles from entering and exiting the compound.

The Guild PRO said a lot of work is required to ensure that individuals seeking tertiary level education at the campus, are safe.

“There is so much more that can be done and the way the day ended basically is that the administration decided to hold a forum with the students so it just culminated and they’re basically saying that they are doing the best they can do but as students, this is not what we want to hear. We want to actually see them doing the best that they can do.”