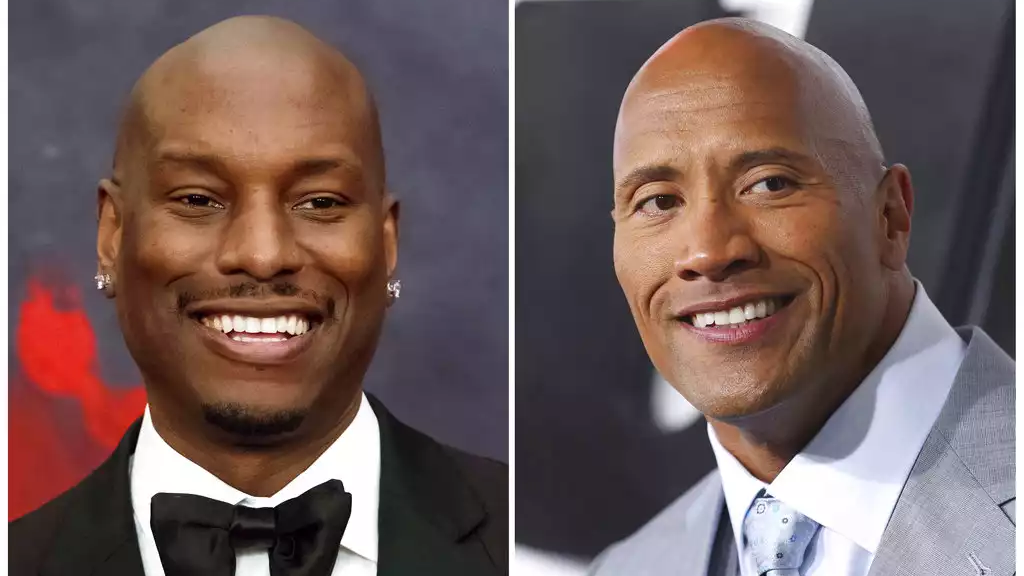 This combination photo shows Tyrese Gibson at the Black Girls Rock! Awards in Newark, N.J., left, and Dwayne "The Rock" Johnson at the premiere of "Furious 7" on April 1, 2015, in Los Angeles. (AP Photo/File)

Tyrese detailed his issues with his "Fast & Furious" co-star Dwayne Johnson in multiple social media posts Wednesday and also said he's hurting because he has not seen his daughter in two months.

The singer-actor wrote on Instagram that if Johnson returns for the film's ninth installment, he won't come back. Tyrese also called Johnson a "clown," ''selfish" and "NOT the people's champ."

The Grammy-nominated performer called out Johnson in an Instagram post last month around the time The Hollywood Reporter said that a 2019 "Fast" film is intended to be a spinoff starring Johnson and Jason Statham.

Tyrese wrote on Wednesday that Johnson "was 'pitched' an idea privately and said yes to it without thinking of what I'm dealing with personally."

Tyrese added that he is suffering at the moment because he last saw his 10-year-old daughter, Shayla, 60 days ago and that he's lost a lot of money due to legal fees. The singer is currently in a court battle with his ex-wife.

In a video posted Wednesday on his Facebook page, Tyrese cried and says "don't take my baby ... I'm not doing anything illegal."

Beyonce to play Nala in Disney's 'The Lion King'