UK bomber said to have told mother ‘Forgive me’ before blast 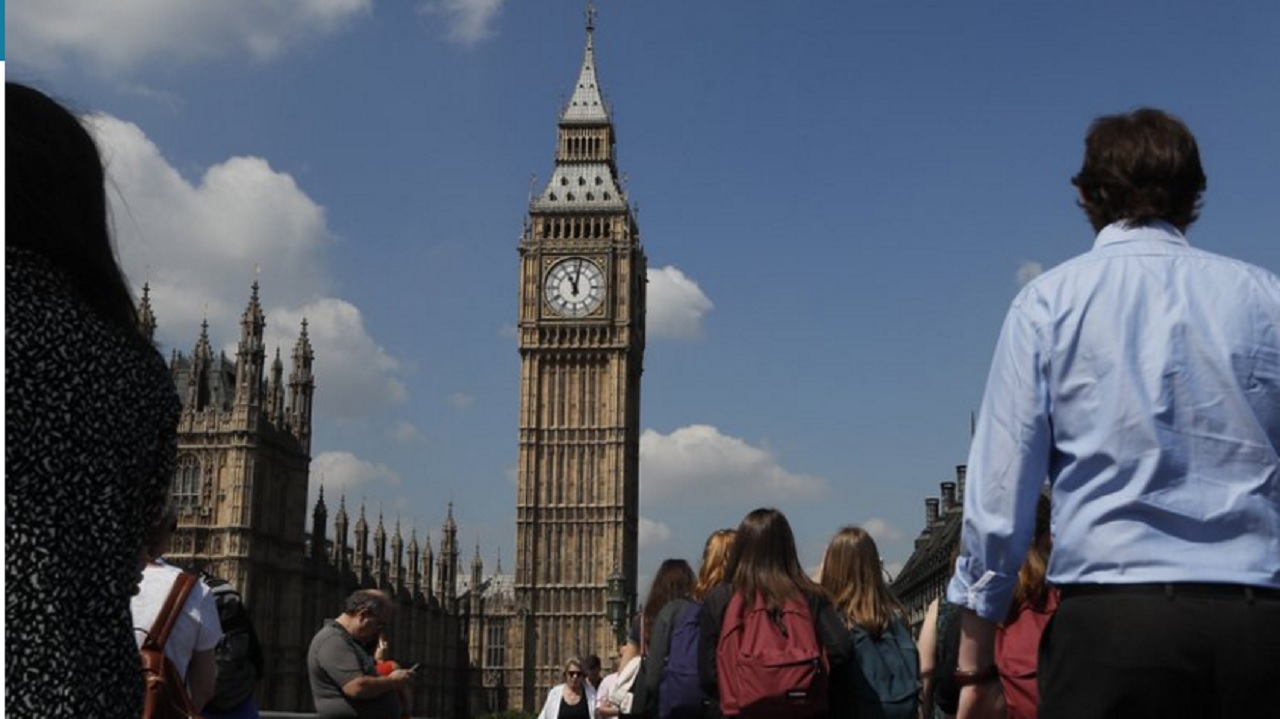 People observe a minute silence in Westminster in London, Thursday, May 25, 2017, after the suicide attack at an Ariana Grande concert that left more than 20 people dead and many more injured, as it ended on Monday night at the Manchester Arena.

Britons faced stepped-up security, authorities pushed forward with raids they said were uncovering key evidence and a trans-Atlantic rift opened Thursday in the aftermath of a deadly concert bombing.

The investigation of the Manchester Arena attack that killed 22 people extended across Europe and into Libya, where most of the suspected bomber’s family lived. Authorities in multiple countries worked to determine if Salman Abedi, who died in the blast, acted alone or with assistance from a sophisticated cell.

After Abedi’s mother and three of his siblings were brought in for questioning, a Libyan official told of a final phone call he placed to his mother and brother just before the attack. On that call, he purportedly told his mother: “Forgive me,” said Ahmed bin Salem, a spokesman for the Special Deterrent Force.

The number of arrests in the U.K. ticked up to eight as British Transport Police said armed officers would begin patrols on some trains because of an increased threat of terrorism.

Greater Manchester Police Chief Constable Ian Hopkins said, without elaborating, that searches of suspects’ homes brought “very important” clues in the probe of Monday’s bombing at the close of an Ariana Grande show. But leaks from the investigation were creating a diplomatic mess.

Manchester police have stopped sharing investigative information with the U.S. until they are guaranteed an end to media leaks, a British official told The Associated Press on condition of anonymity because he was not authorized to speak publicly.

British Prime Minister Theresa May, arriving at a NATO summit in Brussels, said the countries’ partnership on defense and security was built on trust, but “part of that trust is knowing that intelligence can be shared confidently.” May discussed the matter privately with Trump later in the day.

British officials were particularly angry over photos published by The New York Times showing remnants of a blue backpack which may have held the explosive, a 12-volt battery that apparently powered the device and a possible switch in the left hand of the alleged bomber that could have ignited it.

But it wasn’t clear U.S. officials were the source of the images, which the Times defended as “neither graphic nor disrespectful of victims” and consistent with basic reporting “on weapons used in horrific crimes.”

British security services were also upset that 22-year-old Abedi’s name was apparently leaked by U.S. officials while police in the U.K. continued withholding it and while raids were underway in Manchester and in Libya. Hopkins said the leaks “caused much distress for families that are already suffering terribly with their loss.”

Trump on Thursday pledged to “get to the bottom” of the leaks, calling them “deeply troubling” and asking the Justice Department and other agencies to “launch a complete review of this matter.”

Meanwhile, the investigation into the blast widened.

Authorities chased possible links between Abedi and militants in Manchester, elsewhere in Europe, and in North Africa and the Middle East. They were exploring potential ties to Abdalraouf Abdallah, a Libyan jailed in the U.K. for terror offenses, and to Raphael Hostey, an Islamic State recruiter killed in Syria.

Abedi’s family remained a focus, too, with a brother in England, his father and another brother in Libya among those being detained. Abedi’s father was allegedly a member of the al-Qaida-backed Libyan Islamic Fighting group in the 1990s — a claim he denies.

An emerging portrait of the bomber remained complicated by competing assessments over whether Abedi held views that had sparked concern and attention before the bombing.

Akram Ramadan, a member of the Libyan community in Manchester who attends the city’s Didsbury Mosque, said Abedi was banned from the mosque after he allegedly interrupted an imam’s anti-Islamic State sermon.

“He stood up and started calling the imam — ’You are talking bollocks,’” Ramadan said. “And he gave a good stare, a threatening stare into the imam’s eyes.”

Mohammed Fadl, a community leader, rejected that account. While Abedi’s family was well-known in Manchester, Abedi himself did not attend many gatherings, Fadl said.

However, Fadl said he had heard Abedi’s father took his son’s passport away over concerns about his ties to alleged extremists and criminals.

“Very few people in the community here were close to him, and therefore Salman’s fanaticism wasn’t something the community was aware of,” he said.

In Libya, bin Salem said Abedi’s mother told investigators her son left for the U.K. four days before the attack after spending a month in Libya. Based on the account from a younger brother, investigators think Abedi used the internet to learn how to make a bomb and “seek victory for the Islamic State,” bin Salem said.

The allegations clashed with what Abedi’s father said a day earlier in an interview with the AP. “We don’t believe in killing innocents,” Ramadan Abedi said before he was detained in Tripoli.

Around the U.K., many fell silent Thursday for a late-morning minute in tribute to the victims.

Father and brother of alleged bomber detained in Libya