UK defends hurricane response as critics say it's too slow 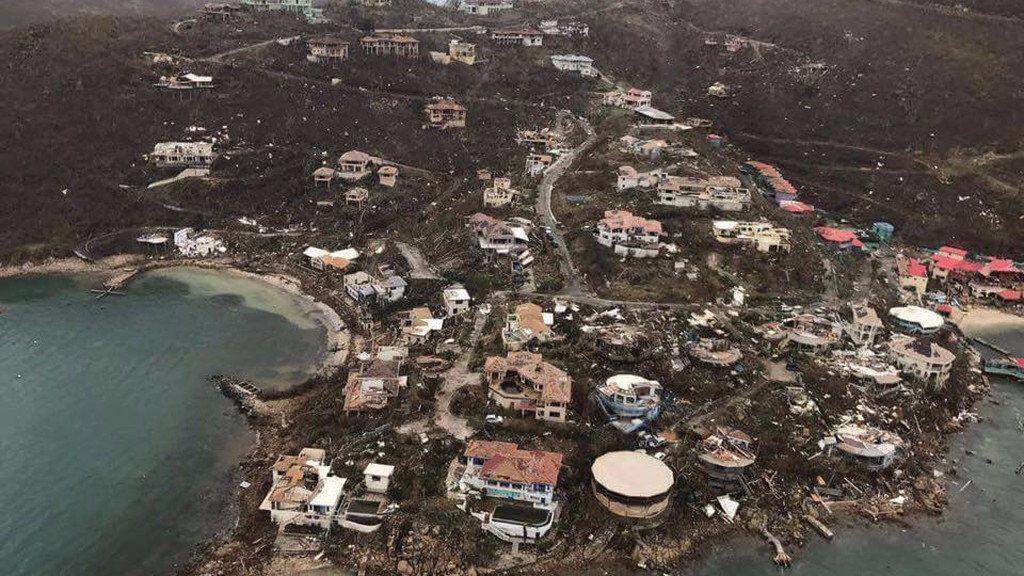 The U.K. government defended its response to Hurricane Irma on Monday, amid claims it has been slow to help British overseas territories devastated by the storm.

The British Virgin Islands, Anguilla and the Turks and Caicos islands were all pummeled by the hurricane last week, leaving thousands without electricity or water and reducing homes to splinters. At least five people died in the British territories.

The U.K. has dispatched a naval ship, Mounts Bay, and almost 500 troops including medics and engineers to the islands. The Royal Navy flagship HMS Ocean is on the way from the Mediterranean to help with reconstruction, and more than 50 British police officers have been sent to help keep order.

The Ministry of Defense said British troops in Anguilla have already delivered emergency aid, restored power to the hospital, cleared roads and reopened the airport's runway.

Businessman Richard Branson said his Virgin Atlantic airline was helping to bring in supplies. In a blog post, he said "every island" in the British Virgin Islands had been devastated, including his own private isle, Necker.

Sarah Penney, who lives on the on the most populated of the islands, Tortola, said "it's like we've been bombed."

She told Britain's Press Association news agency that "people's 'everything' is gone: Their businesses, their homes, their churches, their schools, are gone."

Some residents say they have seen little help, and some U.K. tourists on other hurricane-hit islands complain that they have remain stranded while other countries have already flown their citizens home.

Geoffrey Scott-Baker said his daughter Amy Brown was stuck on the French-Dutch island of St. Martin with "looting and shooting going on."

"They are being told to go to the airport each day but the Dutch and the French are just looking after their own," he told the Daily Telegraph. "If you have got the wrong passport then you don't fly."

Opposition politicians have compared Britain's response unfavorably to that of France, which has sent more than 1,000 troops, police and emergency workers to its territories of St. Martin and St. Barts, and had two frigates positioned in the area ahead of the storm.

"The French and American governments clearly get the scale of the crisis in a way that the British government seems slow to grasp," said U.K. Liberal Democrat leader Vince Cable.

But Foreign Secretary Boris Johnson insisted that Britain was responding strongly to an "unprecedented catastrophe." He said the Conservative government has already pledged 32 million pounds ($42 million) to the relief effort and more will be announced in the next few days.

The French government has also faced criticism from political opponents and from islanders who say they feel abandoned amid the post-hurricane chaos. French President Emmanuel Macron is due to visit St. Martin on Tuesday.

Kate Osamor of the U.K. opposition Labour Party said Prime Minister Theresa May or Johnson should follow Macron's lead and "visit those most affected (and) look them in the eye."

St Martin reportedly on verge of 'civil war' after Irma