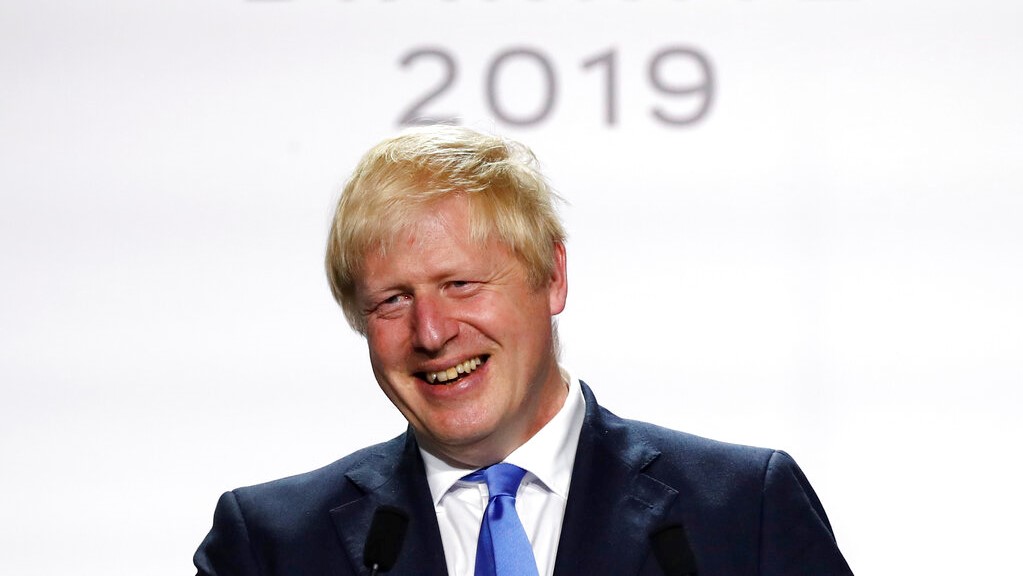 While unofficial campaigning has been gearing up for weeks, the five-week election campaign formally began when Parliament was dissolved Wednesday. Johnson went to Buckingham Palace to notify Queen Elizabeth II before kicking off the Conservative campaign with a speech later in central England.

Election season got off to an ill-tempered start, as Johnson accused the main opposition Labour Party of planning to "raise taxes so wantonly" that it would destroy Britain's prosperity.

Writing in the Daily Telegraph, Johnson accused the left-of center party of attacking the rich "with a relish and vindictiveness not seen since Stalin persecuted the kulaks," the wealthier peasants who were targeted by the Soviet regime in the 1930s.

The testy rhetoric followed a rocky start to the campaign for Johnson's party. Outgoing House of Commons leader Jacob Rees-Mogg was forced to apologise for his remarks Tuesday that suggested the victims of a London apartment block inferno that killed 72 people in 2017 lacked common sense for following fire department advice to wait in their apartments for help.

Rees-Mogg apologized, but his comments drew a sharp rebuke from opposition politicians — and from rap star Stormzy, who urged the Conservative lawmaker to resign and tweeted: "These politicians are actual aliens."

The Conservatives were also criticized for posting a doctored video of a senior Labour figure on Twitter that appeared to show him failing to answer a question, when in fact he did.

Conservative Party chair James Cleverly told the BBC on Wednesday that the ad was just a bit of fun.

"What we also did, and this is not unique to us, is we did a lighthearted satirical video, obviously so with a comedy soundtrack, highlighting the Labour Party's chaotic position on Brexit," he said.

Asked whether his party had "posted a lie" online, he replied: "I disagree with your assessment of it."

Johnson returns to London to drum up support for Brexit deal