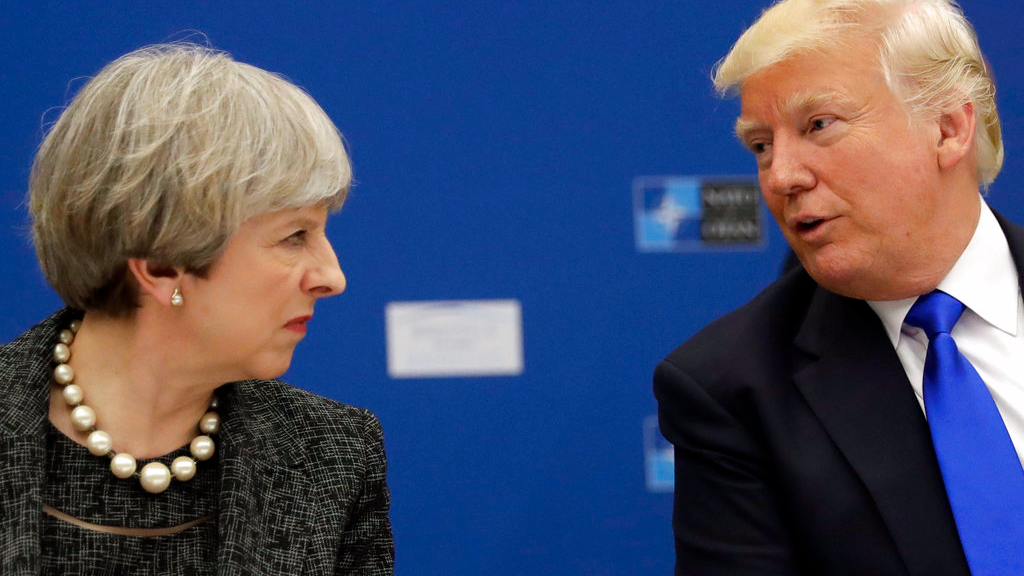 Growing calls to cancel President Donald Trump's state visit to Britain have put Queen Elizabeth II — who would host the U.S. president — in a difficult position.

In Britain's constitutional monarchy, the queen invites foreign leaders to state visits — regarded as a great honor — on the advice of Britain's Foreign and Commonwealth Office.

In this case, it was the prime minister, Theresa May, who extended the invitation to Trump on the queen's behalf just days after Trump assumed office.

It would be extremely awkward for the queen to rescind the invitation, and there is no indication the Foreign Office wishes her to do so.

Instead, a convenient delay is more likely — as suggested in Parliament Thursday.

Labour Party lawmaker Kevin Brennan said the 91-year-old queen has a busy year coming up with the anticipated birth of a new great-grandchild and the wedding of Prince Harry and Meghan Markle in May.

"Don't those facts alone justify the government announcing a postponement of the state visit by the president of the United States for at least, say, three years?" he asked.

Both governments say the state visit is still on but that no date has been set.

In the meantime, Trump could come to Britain for high level meetings on a trip that is not treated as a state visit, which is an event that follows well-scripted protocol.

It begins with the queen and other senior royals greeting the visitors for a ceremonial welcome, typically on Horse Guards Parade near Buckingham Palace.

In Trump's case, he and his wife Melania would typically inspect an honor guard before being taken to the palace in a carriage procession escorted by soldiers on horseback. Gun salutes would be fired by The King's Troop, Royal Horse Artillery at Green Park and the Tower of London.

The highlight of a state visit is usually the banquet held the very first night in the Buckingham Palace Ballroom. The queen usually invites about 150 guests including business leaders, diplomats and cultural figures.

Former President Barack Obama made a state visit in 2011 with his wife Michelle. His other visits to Britain were not classified that way.

Contentious Nelson statue in Barbados to be cleaned of graffiti