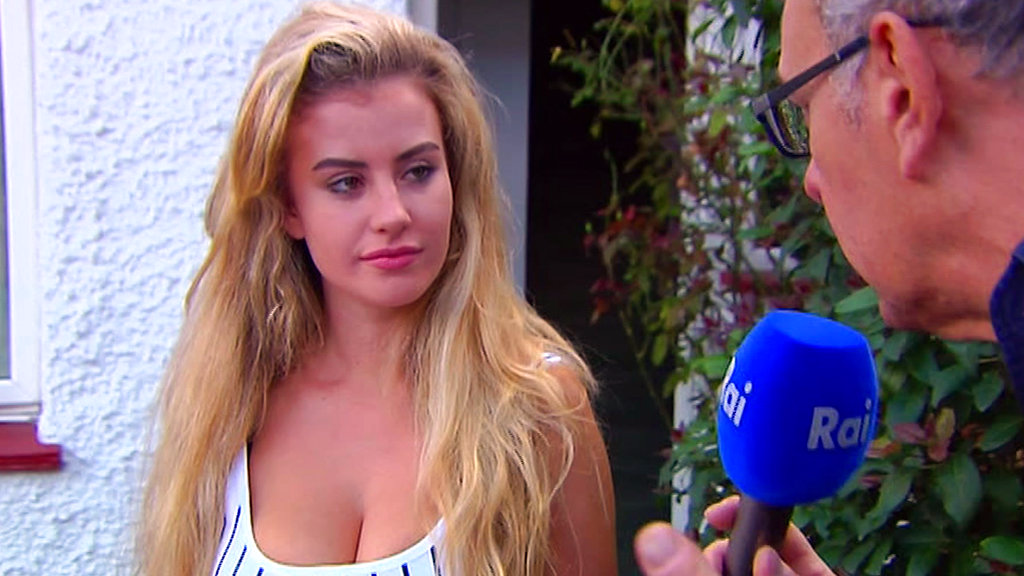 A British model who says she was kidnapped in Italy broke down when investigators confronted her with statements from witnesses who reported seeing her shopping for shoes with an alleged captor, according to court documents obtained Tuesday by The Associated Press.

Chloe Ayling initially told Milan police she was held, at times with her hands and feet cuffed to a dresser, at a remote farmhouse for six days and never left the dwelling until one of her kidnappers released her at the British consulate in Milan on July 17.

But on the second day of questioning, detectives presented the 20-year-old with witness statements saying she and the main suspect were seen buying shoes for her the day before her release, according to Ayling's court deposition.

In tears, she told investigators she couldn't give a "reasonable explanation" for why she had omitted the shopping trip, but said she considered the man she accompanied her best chance at freedom.

The arrest of a suspect in Ayling's abduction and her account of her alleged ordeal have garnered international media attention since gripping details about the case emerged over the weekend.

Police released a dramatic narrative about how the woman was allegedly lured to Milan with the promise of a modeling job, then drugged at a supposed photographer's studio on July 11, zipped inside a canvas bag and transported to a farmhouse near Turin.

Her captors told her she had been captured by a criminal group called "Black Death" and that she would be held for ransom or auctioned off on the clandestine "dark web," Milan police said, citing Ayling's description.

The main suspect, Lukasz Pawel Herba, freed her at the British Consulate in Milan. He has been arrested on charges of kidnapping to extort money and falsifying documents, pending an indictment.

Police said they are looking for as many as four accomplices.

Both Ayling's Italian lawyer and the talent agent who sent her to Italy lashed out Tuesday at skeptics who have expressed doubts about her story. The lawyer and agent said the incredible details have borne out under prosecutorial and investigatory scrutiny.

"I can assure everybody that it was real and very frightening for all concerned," agent Phil Green of the Supermodel Agency said.

The lawyer, Francesco Pesce, said his client had been threatened with death throughout the ordeal and decided it was better to cooperate with Herba.

"She did testify that she went with her captor to buy shoes and buy groceries, and this does appear to be strange. I understand this and I will continue to respond to this," Pesce said. "She was told by this man that there were many people of this 'Black Death' organization around her, and even if she tried to flee, she was going to die."

Ayling is what in Britain is called a "glamour model," specializing in scantily clad or topless photo shoots. She has appeared in British tabloids and worked around Europe.

She told Italian police she did about four photo sessions a month, often abroad, and had just returned from Dubai when the Milan job was scheduled.

Ayling told police she first met Herba, a 30-year-old Polish national, briefly when she was brought to Paris for another modeling job earlier this year and he came to pay her cab fare at the airport.

That job, to promote motorcycles, fell through when the photographer claimed his equipment had been robbed, she told police.

Agent Green said the Milan photo shoot seemed legitimate. The person who made the booking had "a website, previous pictures, details of his studio, details of what the shoot was going to be, times, locations, fee — everything," Green said.

But the day after Ayling was due to return, Green says he received a ransom demand for $300,000.

In Italy, Herba told Ayling that superiors in his alleged criminal organization were upset that he had abducted the model because she has a small child, according to court documents.

He also reassured her he would find a way to free her, and at one point told her he had bid 250,000 euros at the auction and she would have to send him the remaining 50,000 euros in Bitcoin when she got home free.

Other conditions of her release included publicizing the Black Death's activities, never speaking ill of the group and getting British police to drop investigations into it.

Pesce said the ordeal had left Ayling traumatized but that she understood the necessity of cooperating with police "not only for her case" but in case this group has other victims.

"She understands that there is a bigger picture," he said.

US deputy threatened to kill girlfriend if he lost job