UK vows to have 'humane' immigration policy as scandal grows 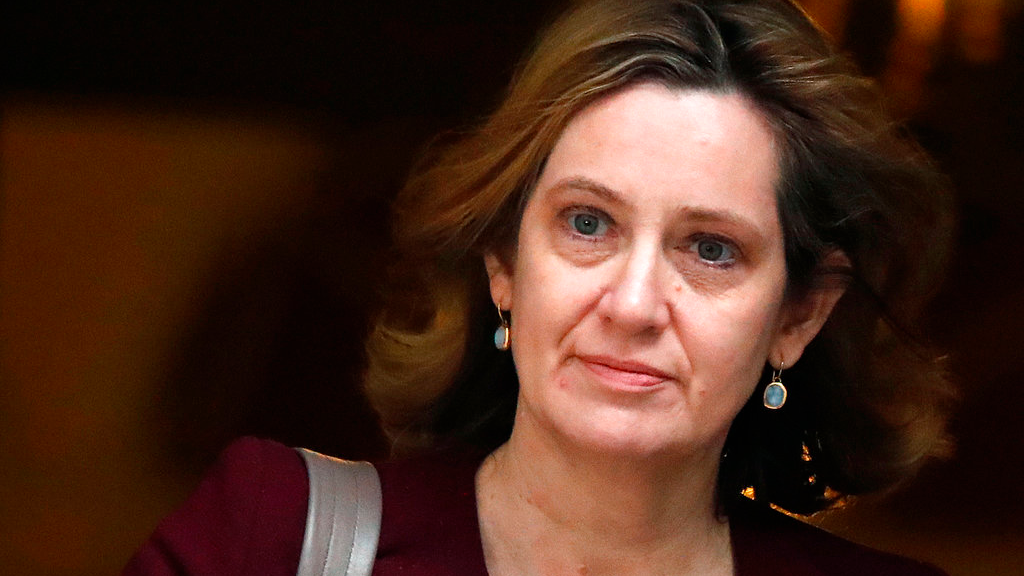 Britain's interior minister was fighting for her job Sunday as uproar spread over authorities' mistreatment of long-term U.K. residents wrongly caught up in a government drive to reduce illegal immigration.

Home Secretary Amber Rudd says she will stay in her job to ensure Britain's immigration policy is "humane." But opposition politicians demanded she resign over what has become known as the Windrush scandal.

Rudd plans to make a statement Monday in the House of Commons about the scandal, which critics say reflects a hostile attitude to immigrants.

The furor has grown since the Guardian newspaper reported that some people who came to the U.K. from the Caribbean in the decades after World War II had recently been refused medical care in Britain or threatened with deportation because they could not produce paperwork proving their right to reside in the country.

Those affected belong to the "Windrush generation," named for the ship Empire Windrush, which in 1948 brought hundreds of Caribbean immigrants to Britain, which was seeking nurses, railway workers and others to help it rebuild after the devastation of World War II.

They and subsequent Caribbean migrants came from British colonies or ex-colonies and had an automatic right to settle in the U.K. But some have been ensnared by tough new rules introduced since 2012 that are designed to make Britain a "hostile environment" for illegal immigrants.

Legal migrants have been denied housing, jobs or medical treatment in Britain because of requirements that landlords, employers and doctors check people's immigration status. Others have been told by the government that they are in Britain illegally and must leave.

"What has happened to the Windrush generation isn't an anomaly. It's not due to an administrative error. It's a consequence of the hostile environment created by this (Conservative) government," London Mayor Sadiq Khan, a member of the opposition Labour Party, said Sunday.

In recent weeks Rudd and Prime Minister Theresa May have apologized repeatedly to the Windrush generation, saying all pre-1973 Commonwealth immigrants who don't already have British citizenship will get it, and those affected will get compensation.

Rudd's position worsened after she told lawmakers last week that the government did not have targets for deporting people — only for a 2017 memo to emerge that mentioned specific targets for "enforced removals."

Rudd says she didn't see the memo. She tweeted Friday that "I will work to ensure that our immigration policy is fair and humane."

That's not enough for many opposition lawmakers, 200 of whom have signed a letter demanding the government turn its promises to the migrants into law.

The Windrush debacle is also causing anxiety for the 3 million European Union citizens living in Britain who are concerned about their immigration status after the country leaves the EU next March. The British government says they will be allowed to stay and has promised to set up a simple no-fuss registration process.

But Labour lawmaker David Lammy, a strong critic of the government's immigration policies, said the scandal would cause EU citizens to think, "My God, if this can happen to Windrush, of course it can happen to us."

The Conservative government has an oft-stated but long-unmet goal of reducing net immigration below 100,000 people a year, less than half the current level. Many voters who backed leaving the EU cited a desire to reduce the number of migrants coming to Britain.