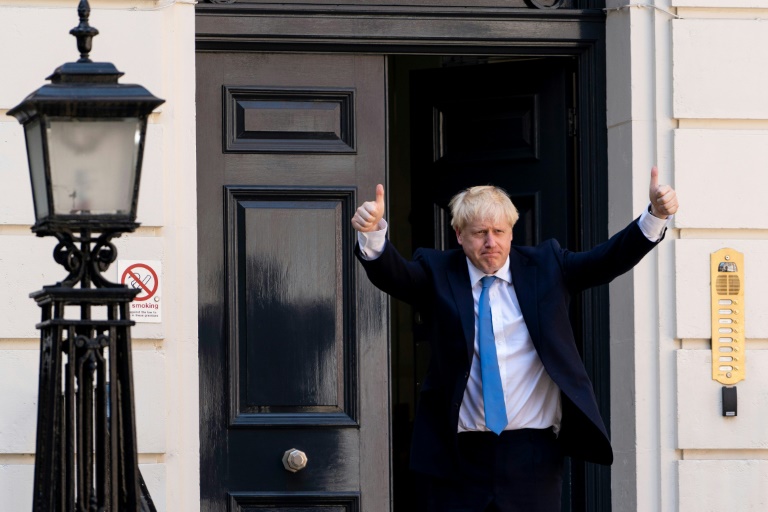 British lawmakers from across the political spectrum were plotting Tuesday to put the brakes on Prime Minister Boris Johnson's drive to push his European Union divorce bill through the House of Commons in just three days, potentially scuttling the government's hopes of delivering Brexit by October 31.

The bill faces two votes Tuesday, with lawmakers first being asked to approve it in principle, followed by a vote on the government's schedule for debate and possible amendments.

While many analysts expect the bill to be approved, lawmakers may reject the three-day timetable because of concerns it doesn't provide enough time for scrutiny of the 115-page document, which sets out the terms of Britain's departure from the 28-nation bloc.

Green lawmaker Caroline Lucas tweeted that lawmakers "had more time to debate the Wild Animals in Circuses Act (affecting 19 animals) than they will to decide the future of 65 million people. It's hard to think of anything which better illustrates this Govt's contempt for people, Parliament and democracy."

Ominously for the government, some lawmakers who support the Brexit deal said they would vote against the short timetable.

"Unless you are prepared to contemplate more expansive debate, there is not the slightest possibility of considering the deal that has been obtained within the time available," Ken Clarke, a senior lawmaker recently ousted from Johnson's Conservative Party group in Parliament, told the Guardian newspaper.

The showdown comes just nine days before Britain's scheduled departure date. Johnson's government had sought a "straight up-and-down vote" Monday on the agreement he struck last week with the 27 other EU nations laying out the terms of Britain's exit.

But the speaker of the House of Commons, John Bercow, refused to allow it because lawmakers voted to delay approving the Brexit deal on Saturday, and parliamentary rules bar the same measure from being considered a second time during a session of Parliament unless something has changed.

Johnson's only hope of securing Britain's October 31 departure, as he has long promised, is to pass the Brexit-implementing bill through Britain's fractious Parliament before then.

Johnson's Conservatives hold just 288 of the 650 House of Commons seats, so he will need support form opposition and independent lawmakers to pass the bill.

Opposition lawmakers plan to seek amendments that could substantially alter the bill, for example by adding a requirement that the Brexit deal be put to voters in a new referendum. The government says such an amendment would wreck its legislation and it will withdraw the bill if the opposition plan succeeds.

With the Brexit deadline looming and British politicians still squabbling over the country's departure terms, Johnson has been forced to ask the EU for a three-month delay to Britain's departure date.

He did that, grudgingly, to comply with a law passed by Parliament ordering the government to postpone Brexit rather than risk the economic damage that could come from a no-deal exit.

European Council President Donald Tusk said Tuesday that EU leaders "will decide in coming days" whether to grant Britain another extension to the deadline for leaving the bloc, but said their decision depends on developments in London.

Tusk said Tuesday that the decision on prolonging Brexit for three months after October 31 "will very much depend on what the British parliament decides or doesn't decide."