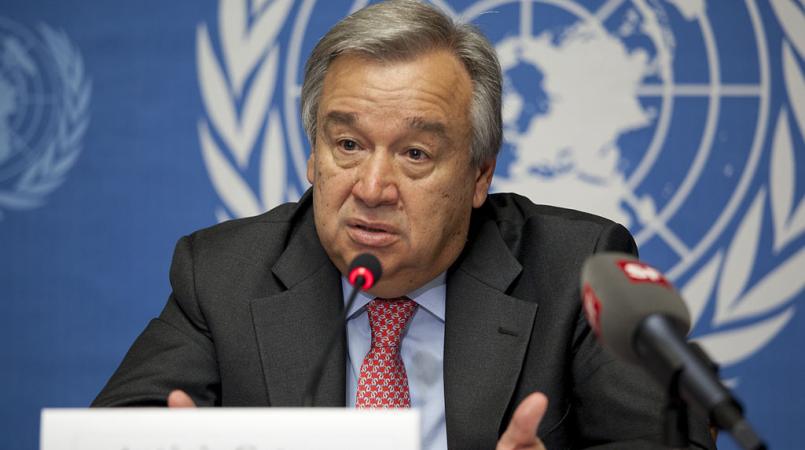 The U.N. Secretary General has commended African countries for opening their borders to refugees and people fleeing violence while other parts of the world, including the developed West, close boundaries and build walls.

Antonio Guterres made the remarks Monday in Addis Ababa where several dozen African leaders are attending the summit of the African Union.

"African nations are among the world's largest and most generous hosts of refugees," said Guterres, attending the summit for the first time as head of the U.N. "African borders remain open for those in need of protection when so many borders are being closed, even in the most developed countries in the world."

Guterres didn't make a direct reference to the recent executive orders signed by U.S President Donald Trump to build a wall along the Mexican border and also ban the entry of people from seven Muslim nations, including three in Africa, but his comment drew enthusiastic applause from 2,500 attending the opening, including African leaders, officials, diplomat and dignitaries.

Sub-Saharan Africa hosts more than 18 million refugees, about 26 percent of the world's refugees, according to the U.N. refugee agency.

The world's largest refugee camp is Dadaab in Kenya which houses more than 300,000 refugees, mostly from neighboring Somalia.

However, the Kenyan government last year announced that it intends to close Dadaab, which has been open for more than 20 years, saying that the camp is a security threat because it harbors Islamic extremists.

African leaders are expected to hear Morocco's request to rejoin the body. Morocco left the pan-African bloc 32 years ago after a majority of the member states recognized the disputed territory of Western Sahara as a member.

Morocco claims the territory in defiance of U.N. resolutions for a referendum on the independence. Morocco is now trying to rejoin as it claims it has backing from two-thirds of the African Union's member states.

Gambia's new leader, Adama Barrow, did not attend the summit but send his deputy.