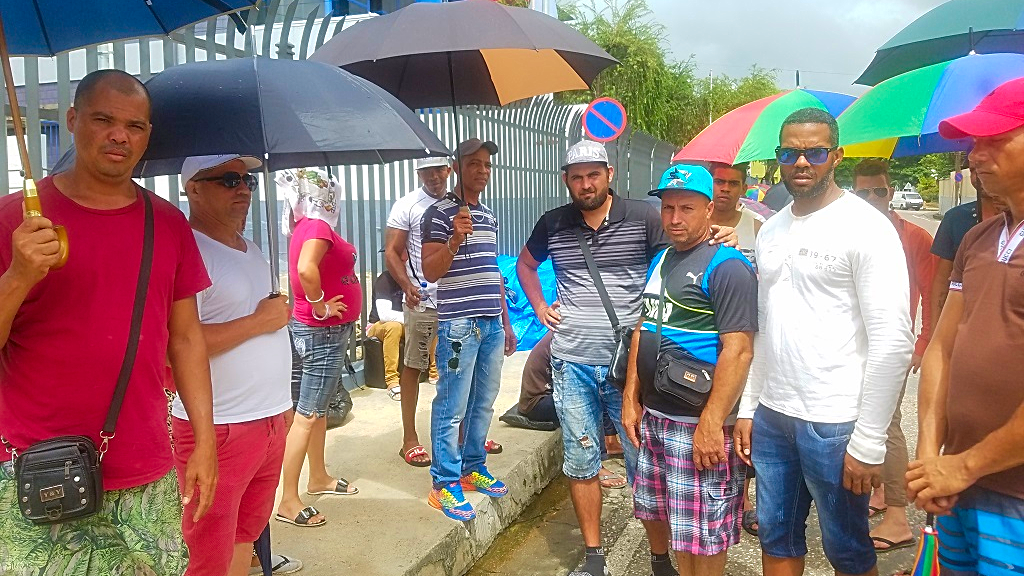 The United Nations Trinidad and Tobago office has issued a response after Cuban refugees camped outside of their office at Chancery Lane, Port of Spain, for the past two weeks, seeking more humanitarian treatment.

In a statement issued November 14, 2018, the UN said the group has been in contact with the UN Refugee Agency and their concerns have been 'registered carefully'.

"The group has been in contact with UN personnel, notably with UNHCR, the UN Refugee Agency. The concerns of this group have been registered carefully and UNHCR is working to help with their immediate needs and to provide practical information on how best to convey their circumstances to the appropriate authorities in Trinidad and Tobago."

The UN said however that asylum-seekers are required to refrain from actions that could endanger the safety of UN personnel.

"The United Nations as a matter of principle respects the rights of all people to peaceful protest. Similarly, refugees and asylum-seekers are required like all people to abide by the laws of the country that hosts them and to refrain from any action that could put at risk the safety of UN personnel or their ability to perform their duties."

"The UN Refugee Agency helps coordinate and support the work of national governments which bear primary responsibility for providing durable and dignified responses to refugees."

One Cuban refugee spoke to LoopTT on Wednesday after a meeting with the UN, however, he said they were told that at this time nothing could be done to assist with their needs.

“Yesterday we had a meeting and they denied everything, for them to help us, they denied to help us. They said they can’t help us at all. We just want help, at least from the government, as to where to stay. It’s a humanitarian thing. Help us like human beings,” he said.

The refugees have been asking to be allowed to work so they can provide for themselves and their families with food and lodging.

Alternatively they would like to be relocated to a country where refugees are given more humanitarian treatment.

Cubans also thanked Trinbagonians for treating them kindly, sending them food and clothes while they were camped in the streets.