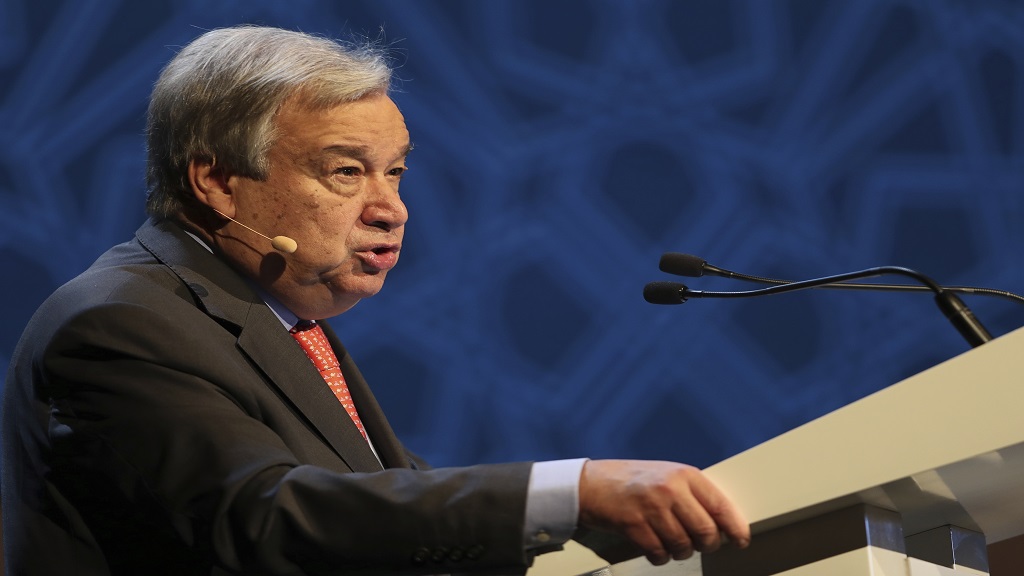 Caribbean governments and the private sector have been challenged to cut greenhouse emissions by 45 per cent by 2030 and get to carbon neutrality by 2050, in an effort to reduce climate-related natural disasters, which continue to grow in frequency and severity.

The challenge was issued by Antonio Guterres, the United Nations Secretary-General at last night’s opening ceremony of the 40th Regular Meeting of the Conference of Heads of Government of the Caribbean Community (CARICOM) held at the Royalton Resort, Gros Islet Saint Lucia.

Underscoring the point that climate change is the defining issue of today with right now being the defining moment to do something about it, Guterres called on the region’s leaders to present plans for the reductions at the UN Climate Action Summit coming up in September of this year or by December 2020.

“The Caribbean experience makes abundantly clear that we must urgently reduce global emissions and work collectively to ensure that global temperature rise does not go beyond 1.5 degrees above pre-industrial levels,” Guterres said.

The UN Secretary-General was one of four speakers who addressed the region’s highest decision-making body last evening, stressing the need for a massive increase in regional leaders’ ambition to advance low-emission and resilient development, including addressing loss and damage from climate impacts.

“And we need all hands, on deck, to make this transformation possible,” Guterres warned.

He praised CARICOM for being on the front lines in the fight to reduce the world’s carbon footprints telling the leaders they are important allies in the fight against climate disruption.

“We hear your voices loud and clear in the negotiation halls. You have been stalwart advocates for a 1.5 degrees threshold for over a decade, pushing leaders to devise new models of economic development and affordable, reliable energy access,” Guterres said.

He noted that island nations in the Caribbean are fast becoming influential test beds for innovative climate action, such as investing in decentralized renewable energy, which he said will yield more economically sustainable resources of electricity and provide clean energy solutions.

Guterres also warned against the threats to marine ecosystems and the tourism sector as posed by the eight million tons, or more, of plastic that ends up in the ocean annually, the impacts of which can be seen in the Caribbean.

He commended the leadership of CARICOM Heads of Government in presenting a bold vision to make the Caribbean the world’s first climate resilient zone stating that the creation of a Caribbean resilient to recovery facility is an important development.