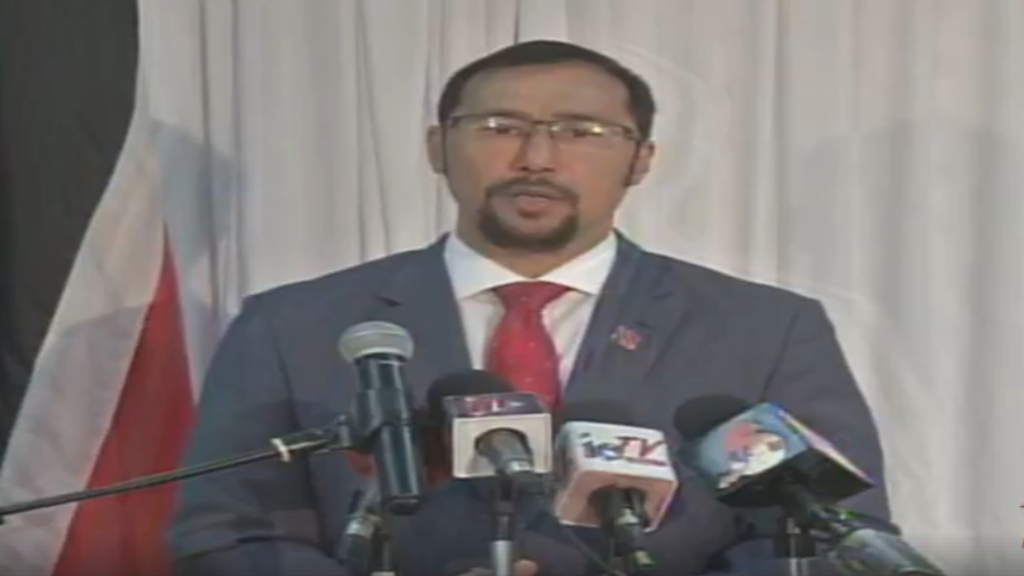 The United National Congress (UNC) is being accused of aligning itself with criminal elements as a means of furthering its political reach within communities.

National Security Minister Stuart Young made the accusation at a media conference on Monday, as he claimed that a man with 22 criminal charges against him, more than ten of which related specifically to marijuana possession, appeared on a UNC political platform.

Young was referring to Malone Hughes, aka David, who, speaking for the “youth” at the UNC’s Monday Night Forum at the Brazil Secondary School last week, claimed to have been shot nearly ten times.

Stating that it was the party’s modus operandi, the Minister noted that a radio talk show host who went up as a candidate on a UNC ticket in Tobago elections also has a criminal record.

He also reminded the nation of the LifeSport scandal under a UNC administration, which in 2014 was found to have funded criminal activities to the tune of $400 million.

“We should never forget that LifeSport Programme. I can say here without fear of contradiction today based on the intelligence reports and briefs given to me, we continue to fight the effects of the LifeSport Programme, giving $400 million to criminality and pushing criminals to a direction where they are able to arm themselves, and we all know the types of arms and ammunition they now carry…which makes it more difficult for those in law enforcement and those of us who are literally trying to push back against the criminal element in Trinidad and Tobago.”

Young said he was concerned by this kind of association between the Opposition party and “gang members”.

Acknowledging Government colleague Marlene McDonald’s known association with community leader Cedric “Burkie” Burke said that no individual charged with criminal offences has appeared on a People’s National Movement (PNM) political platform, nor has the Government engaged in curry favouring with persons operating outside of the law.

But, he admitted that he could not say definitively that members of the PNM, including Cabinet members do not have links to any criminal elements.

Young declared that during his tenure as Minister no one would be above the law, from the highest to the lowest levels as law enforcement continued its efforts to pushback against criminal activity.