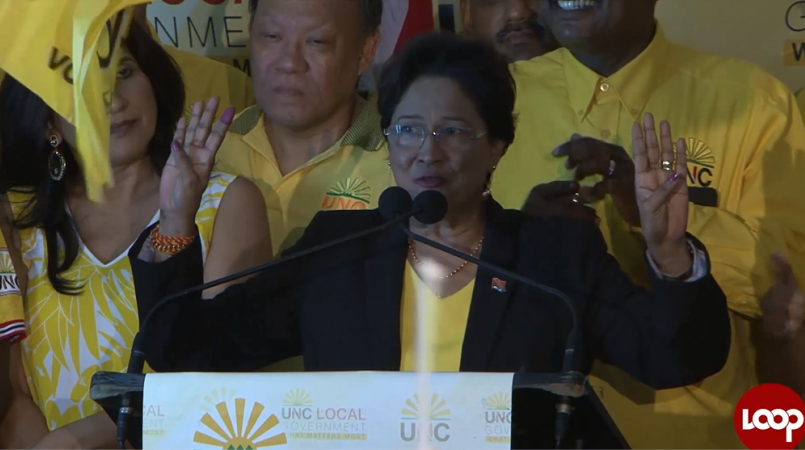 Screening for candidates by the United National Congress (UNC) for the upcoming Local Government Elections is expected to begin in the coming week.

Political Leader Kamla Persad-Bissessar is expected to make an announcement as early as tonight at the UNC’s Monday Night Forum which will be held at the North Eastern College, Sangre Grande.

While she did not want to pre-empt the political leader’s announcement, Public Relations Officer (PRO) Anita Haynes said the response has been tremendous, with over 400 nominations received for the 14 regional and borough corporations.

She told LoopTT that this year saw more nominations being received from areas which have traditionally been held by the People’s National Movement (PNM).

However, continuing off of the trend of the last round of local government elections, greater youth participation can be expected.

“You would recall at the last local government elections we had a lot of younger faces – candidates in their twenties and early thirties, so we already set that precedent at the 2016 elections.

With that being said, what we are seeing an enthusiastic response from corporations like the Diego Martin Corporation, Port-of-Spain Corporation. It was quite a lot of interest from those which are traditionally dominated by the PNM.”