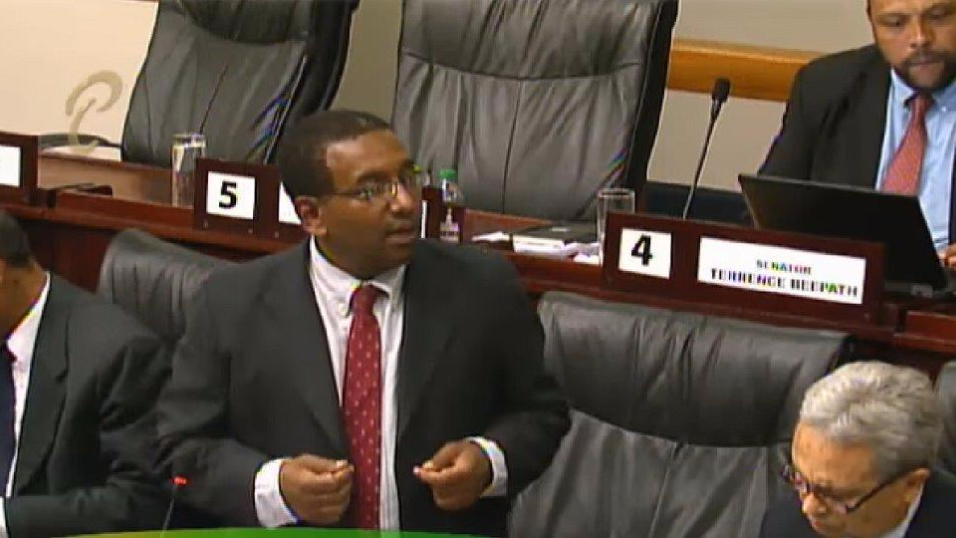 The United National Congress (UNC) is calling for the appointment of Senator Dr Lester Henry to be revoked after the revelation that he suppressed evidence in a High Court defamation case brought by former Central Bank governor Jwala Rambarran.

Earlier this week, High Court Judge Devindra Rampersad decided in favour of Rambarran, who said that the Dr Henry "falsely and maliciously" defamed him by alleging that he used Central Bank funds to improve his private property during a radio talk show on Monday June 9, 2017.

In a statement issued Friday, the party said that Dr Henry 'misled and deceived the court' by not disclosing that he had listened to an official recording of the talk show.

"We take serious issue with the fact that Dr Henry misled and deceived the court by failing to disclose that he had an official recording of the very radio talk show on which it was alleged he had uttered the defamatory words. This deliberate omission was crucial as Henry did not admit that he has spoken the words complained of."

The party said that the Court rightly criticized Dr Henry for his failure to disclose this information.

"The Court deprecates this type of conduct and behaviour and confirms that it would have had a negative impact on his credibility in this matter," Justice Rampersad said.

In his defence, Dr Henry said his comments constituted "fair and honest comment on matters of public interest and were spoken on an occasion of qualified privilege".

Justice Rampersand said that due to the "transient nature of slander" as a result of online technology and other recording devices, the cause of action constituted libel, not slander as the defendant claimed to have heard an official copy of the program.

Dr Henry was ordered to pay aggravated damages amounting to $550,000 plus legal costs for Jwala's legal team, which was led by Anand Ramlogan SC.

"Suppression of evidence is a most serious matter. The finding by the High Court is one that renders Dr Henry unfit for the position of government senator. It is an indictment on his integrity and character as it implies that he was trying to mislead and deceive the court into ruling in his favour. This is a violation of the code of ethics and a betrayal of the public trust," the party said.

The UNC is now calling on Prime Minister Dr Keith Rowley to "save the government from further embarrassment, shame and disgrace" by revoking Dr Henry's appointment as Senator.

"He has no choice but to revoke Dr Henry’s appointment as a senator. To do otherwise will simply confirm that the government is aware that it lacks integrity and moral authority and hence Dr Henry’s continued presence will cause no further damage," the party said.

Blaxx in mourning as mother dies