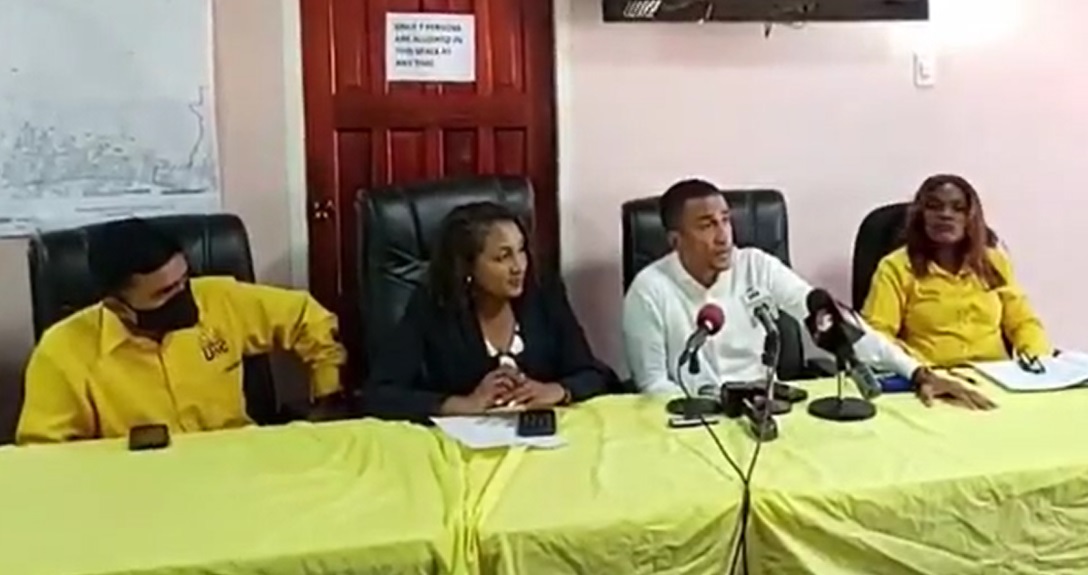 Four of the five United National Congress (UNC) representatives who are demanding recounts following Monday’s General Election say they all had similar irregularities during their recount process.

Hunt and Nakhid reiterated concerns they raised this week regarding a ballot signature specimen being provided to them, despite the Election and Boundaries Commission’s (EBC) explanation that this should have been raised on election night.

Public Relations Officer for the party, Anita Haynes said it’s unreasonable for election night to be the only time to address these matters since they can only be noticed after.

“The only time you can get the magnitude of what took place is after the election day. Nobody is going to be able; our polling agents are not going to be able to say ‘wait’ or to identify the issue on the day,” she said.

Hunt and John shared concerns over the inability to see the polling station diary which is filled out at each station. These diaries record the names and consecutive numbers of those who vote without either a polling or identification card. They both say that since there are irregularities in the number of poll cards in comparison to the number of voters, the diary is the only way to corroborate valid votes.

Hunt also claims that at least one Statement of Poll, was ‘doctored’.

The EBC has publicly said that the station diary is not in play at the time of recounts. Rather, the only activity that should be conducted is a literal count of the ballots. This does not include the inspection of cards or any other queries.

On Election Day, after polls are closed, they are examined and signed off by agents for all presenting political parties. According to the EBC, this was done successfully on Monday with no untoward reports.

In the case of David Nakhid, he claims that ballots in a total of 25 ballot boxes were counted in his absence. In at least one of the incidents, Nakhid claimed that all parties involved in the recount agreed to do so between the hours of 9 am and 5 pm. However, on one day of counting, the EBC and PNM personnel agreed to stay past 5 pm. Even though this was discussed with Nakhid, he opted not to stay and is therefore calling the count invalid.

“That is highly suspicious. I am not afraid to say I question the motives of the EBC, I do not care if they are offended because what is important is that the process is seen through and is seen as democratic, transparent and it serves the people of Trinidad and Tobago,” he said.

Asked by media personnel why he decided to leave instead, Nakhid reiterated that the determination was unfair.

He also claimed that the ongoing conversations on social media which have devolved into racist remarks being made, were incited by Prime Minister Dr Keith Rowley.

“I leave it up to the public now, who has been leveled by an uncaring government, by a Prime Minister intent on inciting the racial divide because when he has no option, he turns only to that and then blames it on our political leader,” he said.

The EBC says they are prepared to do whatever is necessary, within the law, to complete and expedite the ongoing counts.