UNC candidate apologises to Kamla, party and PM for remarks 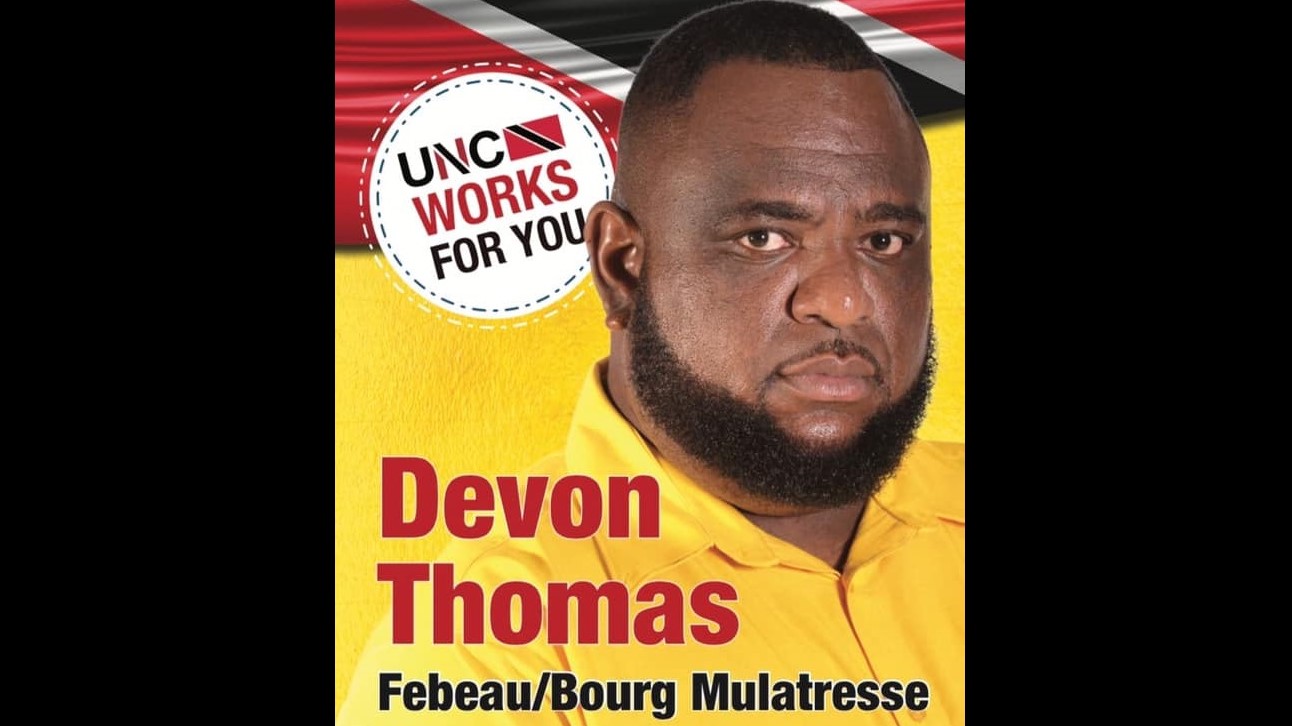 The United National Congress (UNC) local government elections candidate who made defamatory remarks about the Prime Minister during a performance at the UNC’s rally on Saturday evening, has apologised.

In a public post on Facebook, Devon Thomas, the UNC’s candidate for Febeau/Bourg Mulatresse in Monday’s local government elections, apologised to UNC political leader Kamla Persad-Bissessar and to the party for his comments.

He then apologised to his supporters, and to the Prime Minister, who has since threatened legal action against Thomas.

Thomas said, “I deeply regret the remarks, and I would also like to apologize to my supporters, who have been with me on this journey to represent the community of Febeau/Bourg Mulatresse. I also wish to apologize to the Prime Minister for my comments.

My commitment to working to improve the lives of people and to getting Trinidad and Tobago working again remains strong. I am committed to fighting poverty, uplifting people everywhere, and working towards making the UNC’s vision of a brighter, more prosperous future for our nation a reality.”

Thomas, who goes by the stage name DeeTee, made the comments during a performance of a freestyle song on the political platform at the UNC’s Work Nation rally held at Mid Centre Mall on Saturday.

Prime Minister Keith Rowley issued a statement on Sunday indicating that he had instructed attorneys to sue the UNC candidate once the Local Government Elections were over.