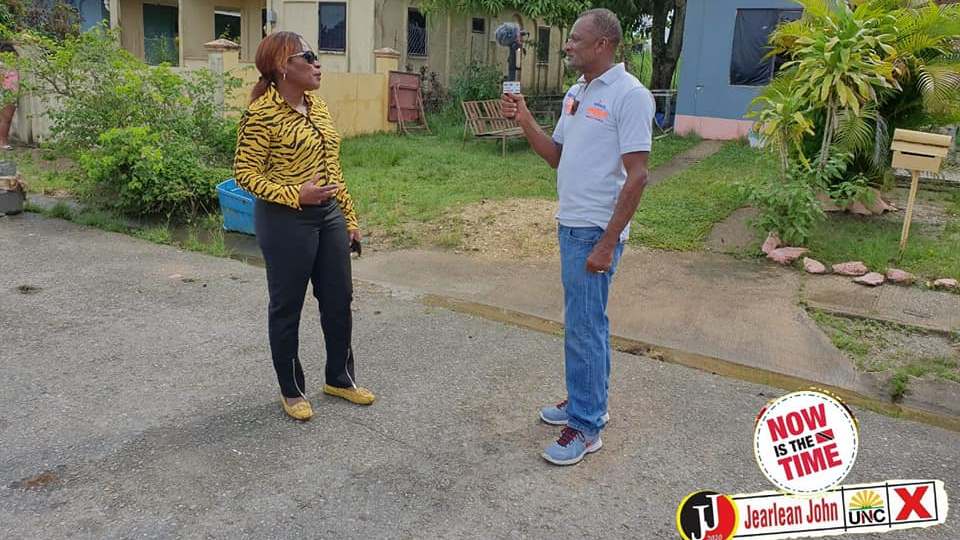 United National Congress (UNC) candidate Jearlean John has offered a helping hand to residents affected by flooding in La Horquetta over the weekend.

The UNC candidate coordinated a UNC response on Wednesday to assist those impacted by Sunday’s adverse weather.

John, who has been busy on the ground campaigning in the constituency, promised to address longstanding issues through proper representation of the people.

The La Horquetta/Talparo seat is currently held by the People’s National Movement (PNM).

John is up against the PNM’s General Secretary, Foster Cummings, and Benet Thomas of the Progressive Empowerment Party (PEP).

The UNC candidate said the feeling on the ground was frustration, noting that residents are “fed up” of the “neglect” under the PNM.

She made the comment while speaking with reporters at Tecoma Boulevard after deluge brought on by heavy rainfall in La Horquetta.

John accused the PNM of failing to prepare for the rainy season and prevent flooding by clearing waterways and drains.

She believes that come August 10 she will bring the seat home for the UNC.