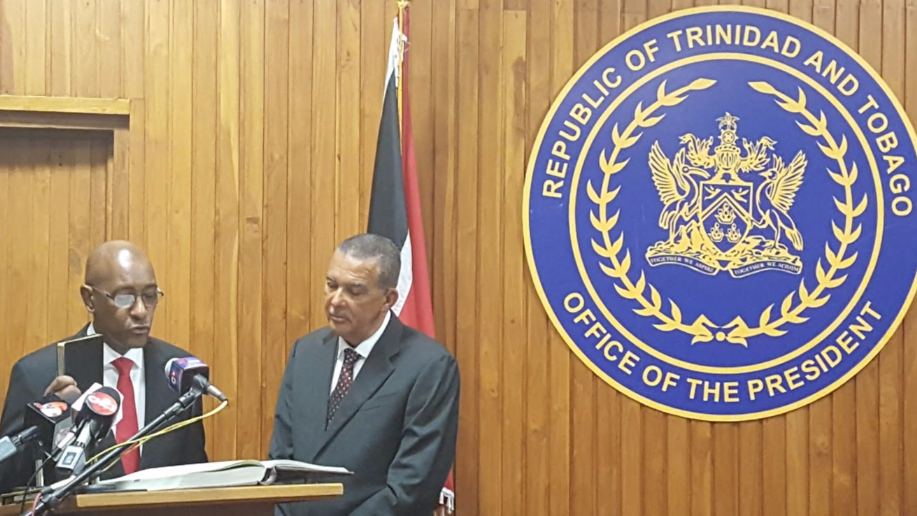 The United National Congress (UNC) has taken the Dr Keith Rowley-led Government to task on the latest “blunder” of the administration – the appointment of banker Robert Le Hunte as Minister of Public Utilities.

Le Hunte, the fifth person to be appointed to head the Ministry, was discovered to be a citizen of Ghana days after his appointment last Thursday.

Under Section 42(1) of the Constitution, the issue of Le Hunte’s citizenship disqualifies his appointment.

A statement from the Office of the Prime Minister on Monday, however, said Le Hunte would be appointed a Senator once he rectifies his “position”.

Chairman of the UNC David Lee said the matter raises a number of serious questions over the competence of a number of individuals, including the Prime Minister, Attorney General Faris Al-Rawi and Le Hunte himself.

Lee said the issue over Le Hunte’s appointment demonstrates the level of “gross incompetence” plaguing Trinidad and Tobago and which characterises the Prime Minister’s leadership.

“The responsibility for appointment of members of the Cabinet is constitutionally and conventionally a discretion that vests solely with the Prime Minister.

He further questioned why Le Hunte had not disclosed the matter of his citizenship when he was firxst approached by the Prime Minister for the job, adding that by this failure alone he is unsuitable to be a Member of Parliament.

“On taking the oath of office as a Senator Mr Le Hunte is required to uphold the Constitution and the law. From the facts that have been revealed by this debacle it is clear that Mr Le Hunte and the person responsible for his appointment are not familiar with the most basic provisions of the Constitution that he is tasked with upholding.

On this more serious basis he is unfit to even be considered for appointment as a Member of Parliament.”

Lee described the entire affair as a disregard of the Constitution, adding that a more arrogant and callous form of governance could not be demonstrated in the decision to subsequently re-appoint Le Hunte as a Senator and Minister.

The UNC Chairman added that the Prime Minister must take responsibility for the latest development – the latest “embarrassing state of affairs that he and his administration have perpetrated on our country and our people”.

“This Rowley led administration continues to prove to the people of our country daily their unfitness to led and govern our country.”

“It is clear beyond peradventure that Dr Rowley and this PNM administration are incapable of governing our country and discharging the most basic functions of an elected government. The people of our Trinidad and Tobago deserve better,” Lee concluded.