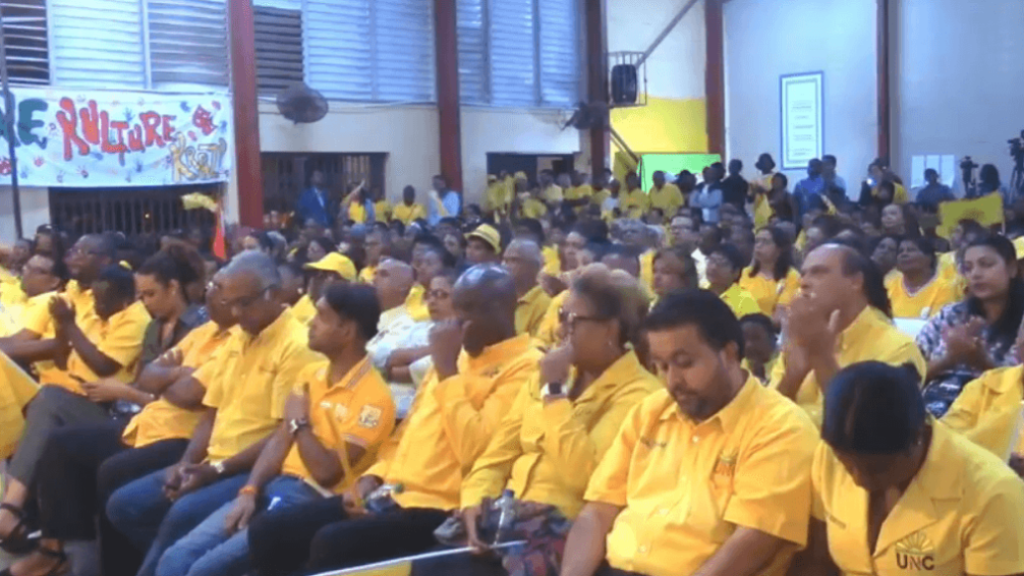 The United National Congress (UNC) has kicked into election mode.

The party has announced the names of two candidates who will contest seats in the upcoming general election.

UNC Leader Kamla Persad-Bissessar at the UNC's Monday Night Forum at the Union Claxton Bay Secondary School, Southern Main Road, St Margaret's made a rallying call to supporters gathered for the public meeting to vote the PNM out of Government.

She believes that the rising sun will be successful at the polls and return to power.

Turning her attention to the political climate in neighbouring Guyana following its general and regional elections a week ago, Persad-Bissessar called on Government to request that international election observers be present at this country’s general election.

She said this would ensure that the elections and free and fair.

At the same time she warned supporters that they must remain vigilant so that the ruling party does not “thief” the elections.

Tensions have been growing in Guyana with the declaration of results by the elections blocked by an injunction from the country’s top court, which is reviewing the case.

There have been fiery street protests amid claims of election fraud. A 19-year-old man was shot dead by police, while six police officers were injured during clashes with protestors. A bus transporting schoolchildren was attacked during the unrest.

Political parties have urged supporters against engaging in any acts of violence.