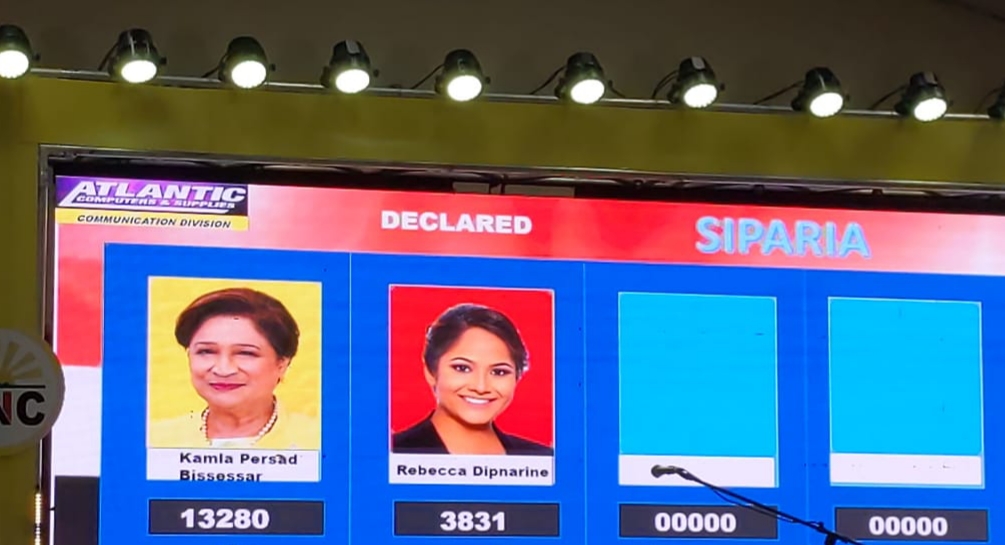 Seat declarations are beginning to stream in.

An eleventh seat, Mayaro has been declared in the UNC's favour. Rushton Paray will be the parliamentary representative.

More seats have been declared in favour of the UNC; these are Oropouche East and West which are represented by Dr Roodal Moonilal and Davendra Tancoo respectively.

UNC's Lackram Bodoe has also been able to declare his Fyzabad seat.

The UNC has also declared Caroni East with representative, Rishi Seecharan and Tabaquite with Anita Haynes.

The United National Congress (UNC) has declared at least three seats at just around 9.30 pm on Election Night.

At the Couva Multipurpose Hall, the party’s executive have declared the Siparia, Princes Town, Cumuto/Manzanilla and Naparima. Those seats will be represented by the party’s Political Leader, Kamla Persad-Bissessar, Barry Padarath, Dr Rai Ragbir and Rodney Charles, respectively.

Chaguanas West will also be represented by the UNC's Dinesh Rambally.

We’ll update this story as seats continue to be declared.