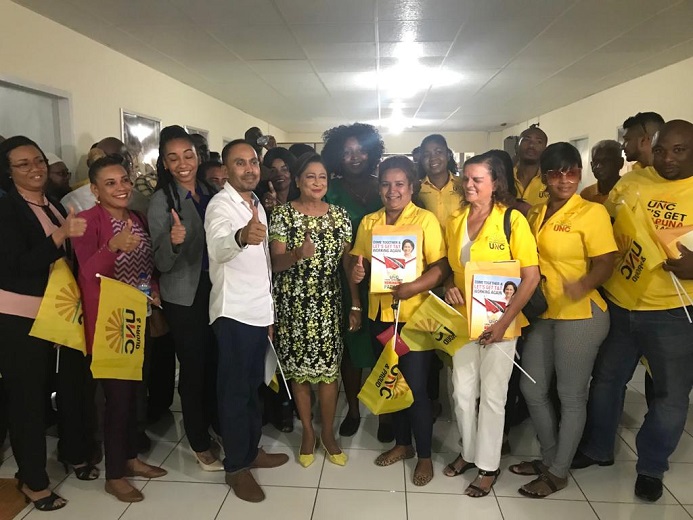 The United National Congress (UNC) opened nominations for all local government seats and general elections seats which it does not currently hold.

The UNC says it is heartened by the enthusiastic response to its call to action, noting that 84 persons came to pick up nomination forms on day one for local government elections while 20 persons collected forms for general elections.

In addressing the crowd of potential nominees, Political Leader Kamla Persad-Bissessar said, “Today’s enthusiastic response is indicative of the hard work we have been doing in communities that so many young people and new faces, truly representative of our diverse nation are stepping forward, willing to work with the UNC in moving our nation forward. This augurs well for our democracy, our Party and the future of our country.”

Persad-Bissessar said the UNC will employ an “all hands on deck” approach for all upcoming elections.

“Trinidad and Tobago is in dire need of good governance and effective leadership. The past four years of PNM rule has put our country almost 40 years backwards.  Now is the time for all persons who want to take Trinidad and Tobago to come forward and take your space at the decision-making table.  We reiterate our call for all those interested in national development to step up and claim your space.”