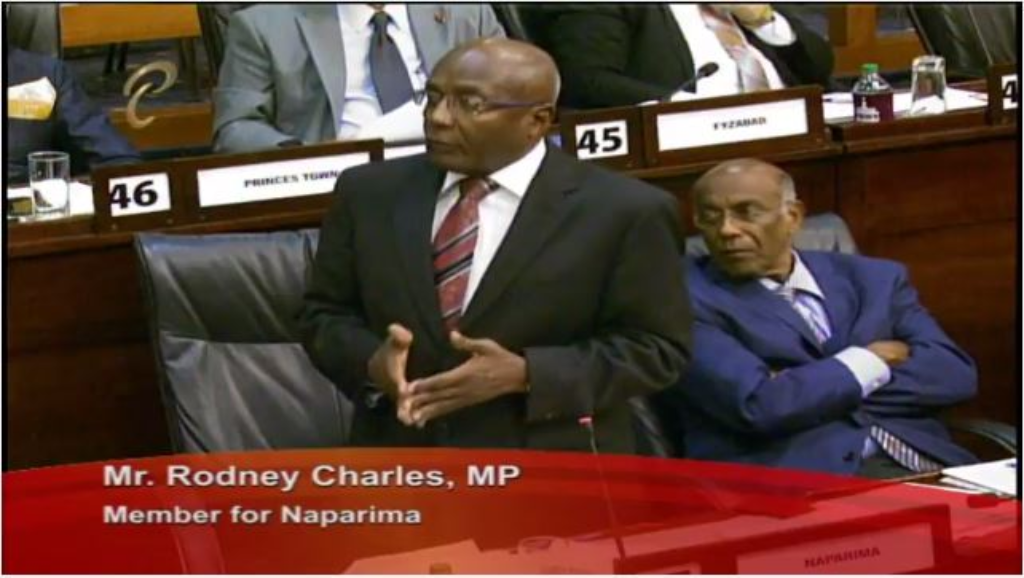 Naparima MP Rodney Charles has some harsh criticisms of Prime Minister Dr Keith Rowley whom he accused of having an "abysmal" record.

This, as he slammed the Prime Minister for increasing the country's unemployment through mass job losses and further chastised him for what he deemed to be a sluggish economy, out of control murder rate, underperforming health sector, demoralised citizenry and a "virtually extinct" petroleum sector.

In a statement on Tuesday, the Opposition MP also accused Dr Rowley of trying to hoodwink voters by promoting distractions.

"Distractions, he feels, is a sure way of ensuring that voters will not notice that based on performance he is the worst PM in our history."

"These distractions are usually backed up by his trademark bullying tactics against all perceived enemies."

Charles went on to raise concerns about the Prime Minister's denunciation of the Opposition in his Parliamentary speech on Monday.

He said the United National Congress (UNC) will not be hushed.

"Dr Rowley might have succeeded in his bullying tactics against his former leader Mr. Manning and others. Not against me.

It is not I who closed down Petrotrin leaving thousands on the breadline.

It is not I who gave an $840 million contract to Chinese company and had to cancel it.

It is not I who did not build one school when his predecessor built 105.

It is not I who did not provide medicines for our hospitals or food cards for poor families or laptops for our children.

It is not I who unconsciously depleted our Foreign Exchange and HSF cushion to near dangerous levels.

And it is certainly not I who presided over ever escalating murder rates that have citizens cowering in fear in their homes behind burglar proof.