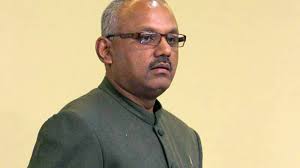 Couva South MP Rudranath Indarsingh has laid the blame at the feet of the Government following today's announcement by Caribbean Airlines (CAL) that there will be significant restructuring soon.

In light of a reduction in demand amid the COVID-19 pandemic, CAL said its new measures include the temporary lay-off of some staff while others will receive salary cuts and some contractors will be cut-off.

Commenting on the development, Indarsingh said the Government has no plan for the country as is evidenced by the decision.

"This economically murderous Prime Minister and his team of unproductive, nose in the air charlatans in Cabinet continue to pretend to care about the future of this country, while their track record in every aspect is fraught with inaction, misinformation, and no clear vision for the economic recovery of this country."

He said CAL's decision has ultimately painted gloomy economic prospects under Prime Minister Dr Keith Rowley and Finance Minister Colm Imbert. This, as he noted that the news comes just days ahead of the budget presentation.

"This announcement represents a multi-dimensional blow to the functioning of CAL and sends a grim message to employees throughout the state sector. It sends a clear picture that public sector jobs are not safe under the administration of Dr Keith Rowley. Despite promises that public servants will not lose their jobs, we have seen where a number of public sector employees have lost their jobs under the Government of Prime Minister Rowley and Minister Imbert. "

"Petrotrin, Caroni Green, the Tourism Development Company and the Seafood Enterprises Limited just to name a few are state owned companies where thousands of employees have lost their jobs. In a scene from an economic Halloween night, the grim reaper Imbert has stoked national fears about employees at WASA, only to turn his economic blade at CAL and its employees, leaving the rest of the economy hiding and scampering in fear as we all shudder to imagine which jobs and livelihoods the grim reaper will go after next."

In Western Europe, death has commonly been personified as an animated skeleton since the Middle Ages. This character, which is often depicted wielding a scythe, is said to collect the souls of the dying or recently dead and has been called the grim reaper.

Furthermore, the Opposition MP boasted that the former administration did a better job at managing the economy though he stopped short of considering the current effects of the pandemic.

"This is in stark contrast to the industrial peace and prosperity that abounded throughout this country under the People’s Partnership Government, in which VAT was removed from food items, in which one hundred and thirty-five (135) wage negotiations were settled, in which CLICO investors were delivered promised investments, and in which companies started coming to Trinidad and Tobago to bring their business to our shores."

He also expressed his belief that citizens are now regretting the collective decision to elect the People's National Movement (PNM) at the August 10 polls. Indarsingh said this is compounded by stresses of layoffs, loss of income, job instability, climatic increases in costs of living, little economic opportunity, youth unemployment and under-employment, depression, increased domestic violence and increasing reports of suicidal tendencies.

Meanwhile, the MP urged citizens to be mindful of the Finance Minister's attempts to flatter the nation.

"Minister of Finance now distracts us with conversations about restructuring in one direction, while preparing to swipe his economically lethal blade against targets throughout the public service, deceiving unsuspecting public officers with promises that their jobs will be safe, while going after the livelihoods in State companies."

He added that workers at the Water and Sewerage Authority, the Trinidad and Tobago Electricity Commission (T&TEC), the Board of Inland Revenue (BIR), Customs and Excise, the public service and local government levels must be vigilant in defence of their jobs.