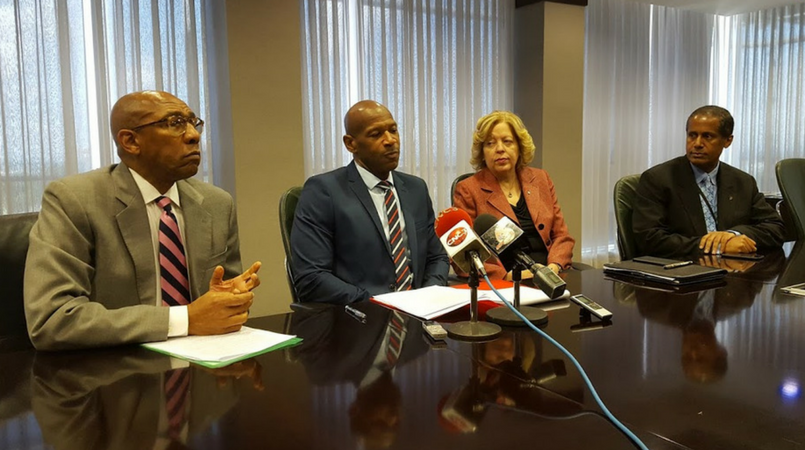 Opposition has maintained its stance on the appointment of a Joint Select Committee of Parliament and other stakeholders to oversee the Foreign Account Tax Compliance Act (FATCA) legislation.

It has refused to offer its support of the proposed legislation put forward by government, having walked out of Parliament during its debate on two occasions.

At a meeting with representatives of the Bankers’ Association on Monday, the United National Congress (UNC) stated that it was not budging on its position for JSC examination of the legislation, as it believes the Opposition should not the be-all and end-all of scrutiny.

The Bankers’ Association (BATT) has been vociferous in its call for government to fast track the passage of the legislation required to ensure FATCA compliance, as T&T could risk being blacklisted.

Speaking with media following the discussions, UNC Chairman David Lee said the representatives of the banking sector heard the Opposition’s concerns and are now in a better position to understand them.

BATT representatives also shared their concerns with Opposition over the implications of the non-passage of the legislation.

Lee is hopeful that Monday’s meeting would lead to healthier discussions over the legislation with the formation of a JSC.

He gave the assurance the party is willing to work with government over the Christmas period to address issues with the proposed legislation in its current form.

“We are prepared to go the long distance the Christmas season…it’s part of representing the people.”

The UNC also met with members of the American Chamber of Commerce (AMCHAM T&T) to explain its position on the FATCA legislation.

Imbert: PP could have passed law on FATCA