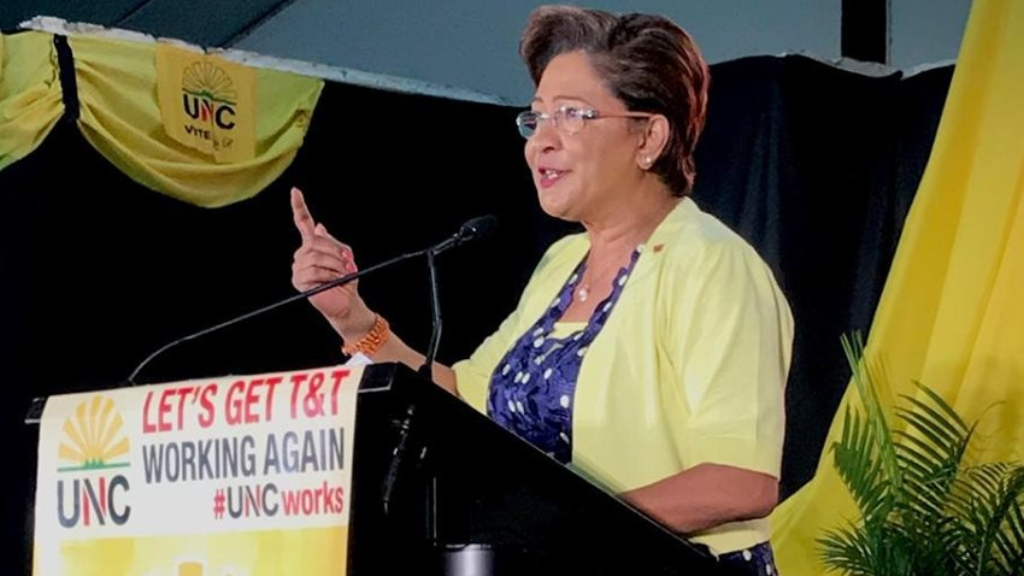 Again questioning whether Imbert declared his interests in the apartment block when he piloted a bill in 2016 to give tax breaks for such properties, Opposition leader Kamla Persad-Bissessar said the Minister should have recused himself.

Speaking at the United National Congress (UNC) Pavement Report at the New Grant Government Primary School in Hindustan on Wednesday, Persad-Bissessar said the law was clear on the matter - Imbert had a responsibility to withdraw completely from the decision making process regarding the Bill.

“Did the Minister of Finance take the note to Cabinet to approve the tax exemption for multi-family dwellings like his?” she asked.

The Opposition leader went on:

“Did he do that [withdraw] in the Cabinet? No. Did he do it in the Parliament? Definitely no.”

“We don’t know what happened in Cabinet, they don’t want to answer us, so they will answer to the Integrity Commission.”

“But in the Parliament, it is clear – he did not disqualify himself from the decision-making process.”

She knocked a newspaper report which indicated that the Minister declared his interest in Parliament when he said “I was a developer and I may be a developer again,” stating that there was no proper declaration of interest in the matter on his part.

Persad-Bissessar told supporters present at the political meeting that she came into possession of new information since she first raised the matter of Imbert’s interest in the apartments a week ago.

She noted that she was informed that the application for approval for the buildings was in 2014, but the building permit approval was only granted February this year.

“So in 2016 when Minister Imbert was dealing with this Bill in Cabinet and in Parliament… in piloting this Bill, he knew that he had an application for multi-dwelling to get tax exemption.”

Persad-Bissessar was adamant that the matter warranted investigation by the Integrity Commission to determine whether Imbert breached the Integrity in Public Life Act. She confirmed that the party’s lawyers have already been instructed to draft the letter to the independent body requesting the probe.

Finance Bill No 2 of 2016 was piloted by the Finance Minister in Parliament and was intended to give tax exemptions for earnings from the sale or rental of multi-family dwellings.