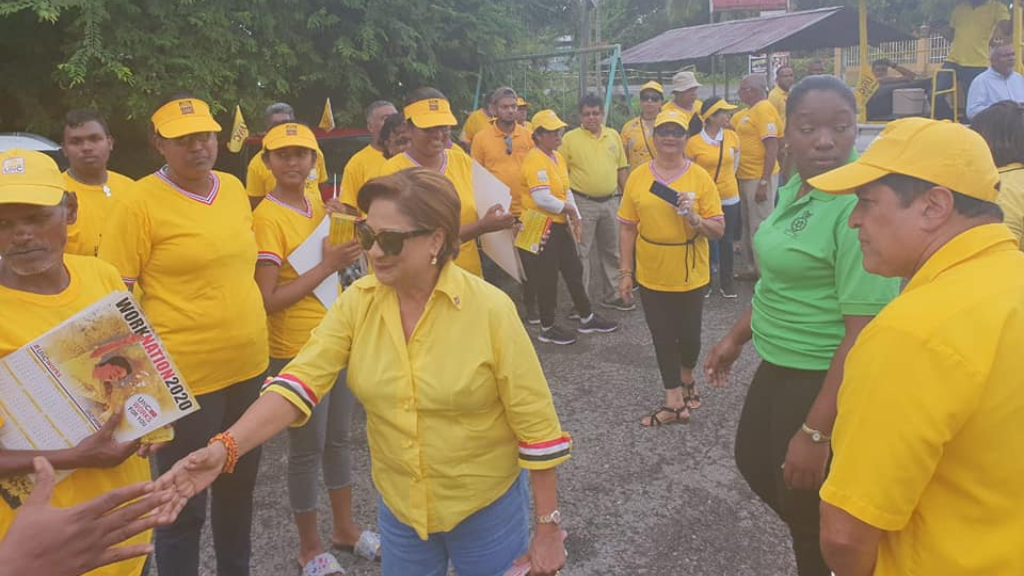 “The people of Trinidad and Tobago must know that the Government is the one we elected and not one who seized power via a questionable process.”

This from the United National Congress (UNC) which has written to the Elections and Boundaries Commission (EBC) expressing concern over an error in the process for the issuance of ballot papers to Special Electors.

The EBC on Thursday was forced to retrieve defective ballots issued a day earlier and send them to the Government Printery for destruction, for new ballots to be reprinted and the process of the packaging of ballots for Special Electors redone.

UNC General Secretary Davendranath Tancoo said the party was deeply concerned as the issue has affected some 40 electoral districts.

“To our knowledge this is the first incident of its kind in the history of the conduct of our elections that 29 percent of the Electoral Districts in Trinidad have been adversely affected. By our calculation, several thousand persons are affected.”

Stressing that the electoral process must be one that is above reproach and can withstand scrutiny, the party called on the EBC to advise what measures have been put in place to ensure that the Special Electors in these affected districts are not adversely affected by these incidents.

It noted that the election rule which the EBC is depending on seems to be specific to errors/defects in printing and does not necessarily cover the present circumstances, which the Commission has described as procedural.

Further, the UNC has asked that the Commission advise time and venue and that the political parties be allowed to witness the accounting and destruction of the ballots.

The UNC expressed frustration over the latest development stating that it has disrupted their election campaigning.

“It is unfortunate that our candidates and/or their agents are to be inconvenienced during the height of the campaign season because of the EBC's error. Our candidates have been running a heavily localised campaign which includes a rigorous walkabout schedule to endure they meet with all the persons they are seeking to represent, they must now leave this to treat with the EBC's mistake.”

“The Local Government Election has generated significant interest and is being keenly contested. Citizens must be able to trust that our electoral process is free, fair and democratic,” the party added.

It took note of a meeting in October with the Commission in which assurances were made that the EBC will ensure consistency in the application of the Election Rules during this Local Government Election.

But, the party said it had cause to write to the Commission to highlight the differences in practices by returning officers with regard to the retention of nomination forms subsequent to the preliminary review of forms ahead of Nomination Day 2019.

The UNC said there were also issues and inconvenience as it relates to the late introduction of new forms by the EBC in certain areas.

Deadline for applications for special electors is today