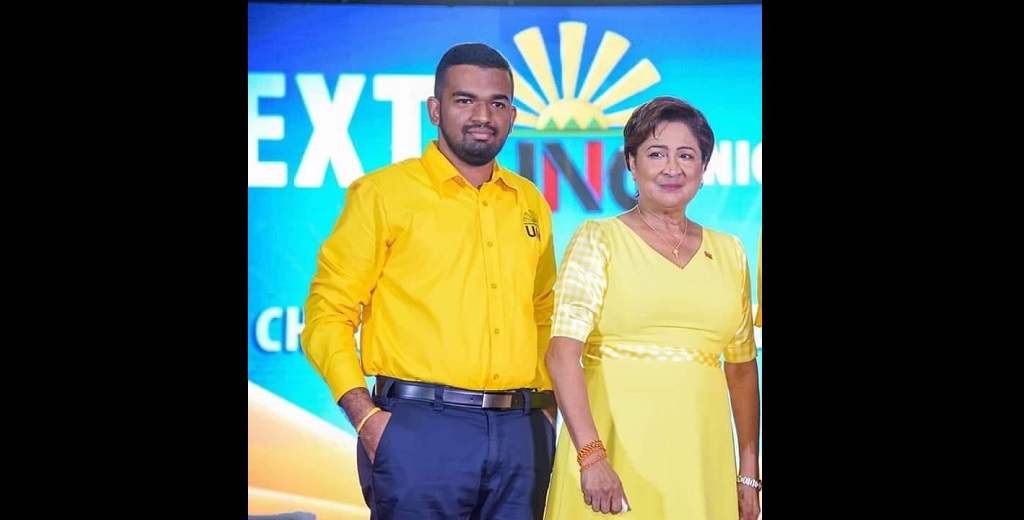 The National Youth Arm of the United National Congress (UNC) has taken umbrage with the recently announced decision to review the Government Assistance for Tuition Expenses (GATE) programme.

Finance Minister Colm Imbert noted that GATE would be revised during the Standing Finance Committee review of the 2020/2021 fiscal package on Thursday. He said this will occur since GATE’s budget has been cut by $35 million dollars.

In response, chairman of the UNC Youth Arm, Kaveesh Siewdial, issued a statement on Friday criticising the government which he accused of "stifling" young people.

“This is not the first time that this PNM administration is toying with GATE. In the past 5 years the PNM cut GATE for students 50 years and over which defies the notion of lifelong learning. PNM cut GATE to medical students at St George’s University in Grenada, despite Rowley’s assurances to medical students that they ought not to worry. PNM cut GATE from institutions and programmes not accredited by the ACTT although some public institutions are not accredited but access GATE funding. PNM capped GATE funding for all non-medical programmes despite space limitations for some programmes nationally. PNM restricted access to postgraduate studies in the absence of clear criteria or a publicly available listing of the country’s developmental needs. It is even more alarming that when looking at the revenue of expenditure for 2020, Gate will be again be cut this year by 35 million. One would ask Why is the PNM stifling the youths? It is evident that less students would be enrolled in tertiary institutions, less programs would he covered by Gate and less opportunities for young people.”

Siewdial went on to boast that the education landscape experienced unprecedented reform under the UNC.

He said GATE was expanded to $650 million from $575 million annually and became more inclusive towards Technical Vocational Education and Training (TVET).

The Youth League chairman added that GATE was made more accountable through the enforcement of student GPAs while auditing and monitoring were strengthened for public and private institutions.

Furthermore, he stated that the GATE e-service was introduced to automate student application processing.

“GATE was aligned to sectors of national development priority. All these changes supported a robust and relevant tertiary system leading to an increase in participation from 42% in 2010 to over 65% by 2015, while at the same time, reducing wastage and abuse by increasing the efficiency of the programme.”

Siewdial also chastised Imbert for failing to provide further details on the way forward for GATE when questioned by Barataria/San Juan MP Saddam Hosein during the committee review of the budget.

“In true failed leadership style when Minister Imbert was pressed for answers, in his usual dodgy and clandestine manner, he completely evaded why the program is being cut by 35 Million. The Youth Arm condemns and strongly registers its dissatisfaction with the government's policy to cut expenditure of GATE. It should be clear that Youth Development is not the same as the need to expand CEPEP, URP or even access to MILAT. Youth development must be prioritised ahead of Golf Courses and similar vanity projects.”

Gov't allocates $50 million for acquisition of laptops for students